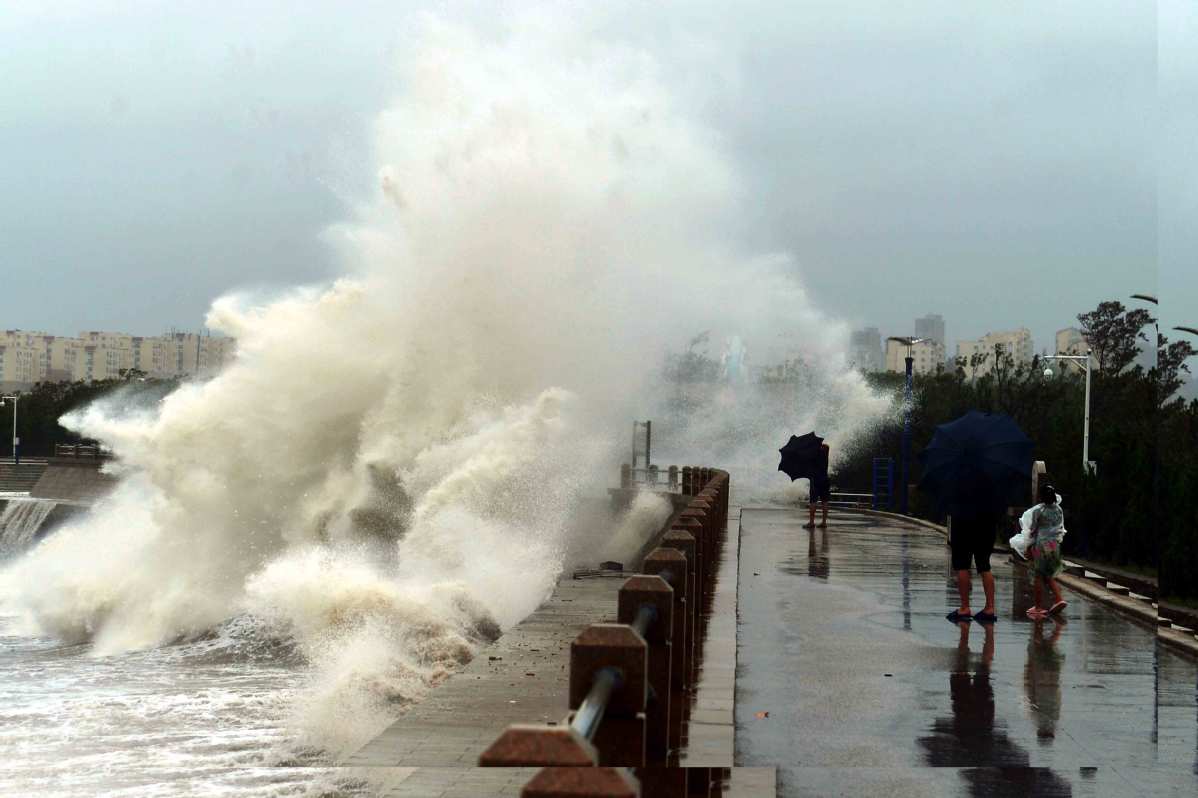 BEIJING, Sept. 6 (Xinhua) -- Cities and provinces including Shanghai, Zhejiang and Heilongjiang will expect heavy rain and gales as Typhoon Lingling hovers over areas near eastern China.

Shanghai issued an alert on Friday morning, warning that the city will see strong winds, storms, thunder and lightning on Friday.

Neighboring Zhejiang Province's bays and surrounding waters were hit by huge waves Friday morning. The coastal province has upgraded its emergency response, requiring related departments across the province to pay close attention to the development and changes of the typhoon.

The provincial department of agriculture and rural affairs has asked fishing boats to return to harbor and people to stop angling activities since Thursday evening. Mariculture workers were evacuated to safe places.

The meteorological department of Heilongjiang said Friday that parts of the province will see rainfall and strong winds in the following days. It has reminded the central and eastern regions of Heilongjiang to make preparations for possible disasters such as floods and landslides.