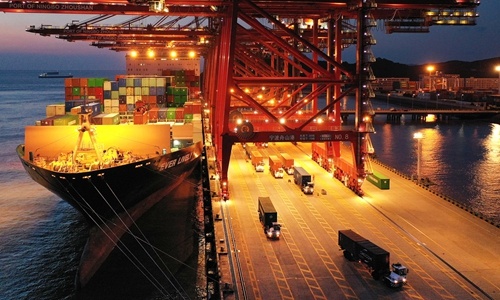 The insurance has a premium of 7.5 million yuan ($1.16 million) — based on one yuan for each of Ningbo's 7.5 million long-term residents — and will pay from 20 million yuan up to 120 million yuan based on the local government's response level to a public health emergency, Ningbo finance authority said.

The payment will go to Ningbo Municipal Finance Bureau, the policyholders of the insurance, local media Ningbo Evening News reported on Tuesday.

Compared to the insurance that many regional governments use when responding to emergencies including the COVID-19 epidemic, named "policy-oriented public catastrophe insurance", the new insurance is more effective as it specially targets public health events, the bureau wrote on its website last week.

Because it will now be under a specialized insurance system, the government can better deal with public health emergencies with smaller fluctuations of the fiscal budget, the director of the bureau's financial department Zhang Kaiqi told media.

Loss ratios of the current catastrophe insurance are not high in some provinces and cities. For example, it was only 62.78 percent in Ningbo, where the premium and compensation had accumulated to 309 million yuan and 194 million yuan, respectively, by the end of November 2011, according to the bureau's website.