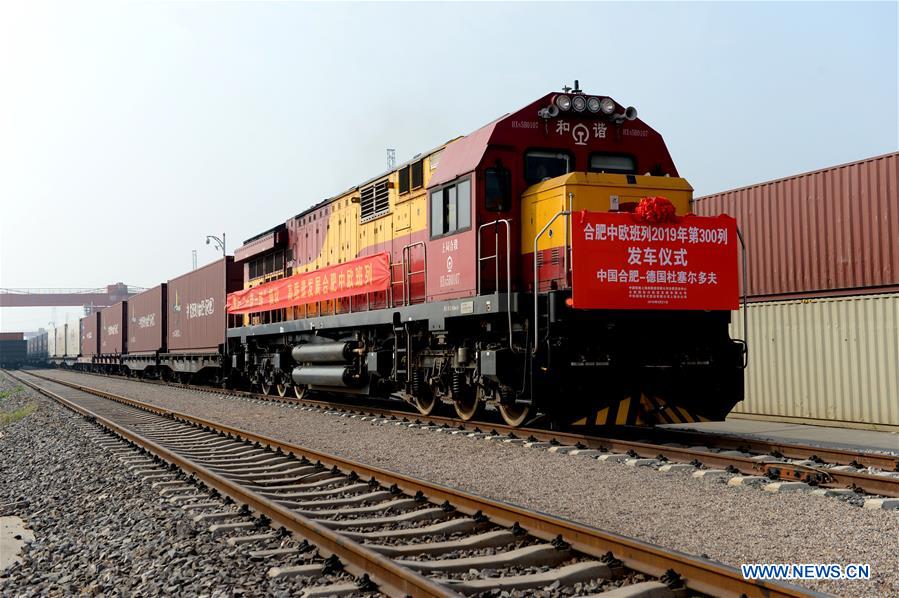 An estimated 17,208 standard containers worth about 1.42 billion U.S. dollars were transported on those trains, up 102.6 percent and 90.2 percent, respectively.

The cargo was mainly destined for the five countries in Central Asian and European countries such as Poland, the Czech Republic, France, the Netherlands and Germany, according to Pan Chuxiong, deputy head of the customs.

"The international freight trains have also been tailored for major manufacturing companies in Anhui," Pan said.