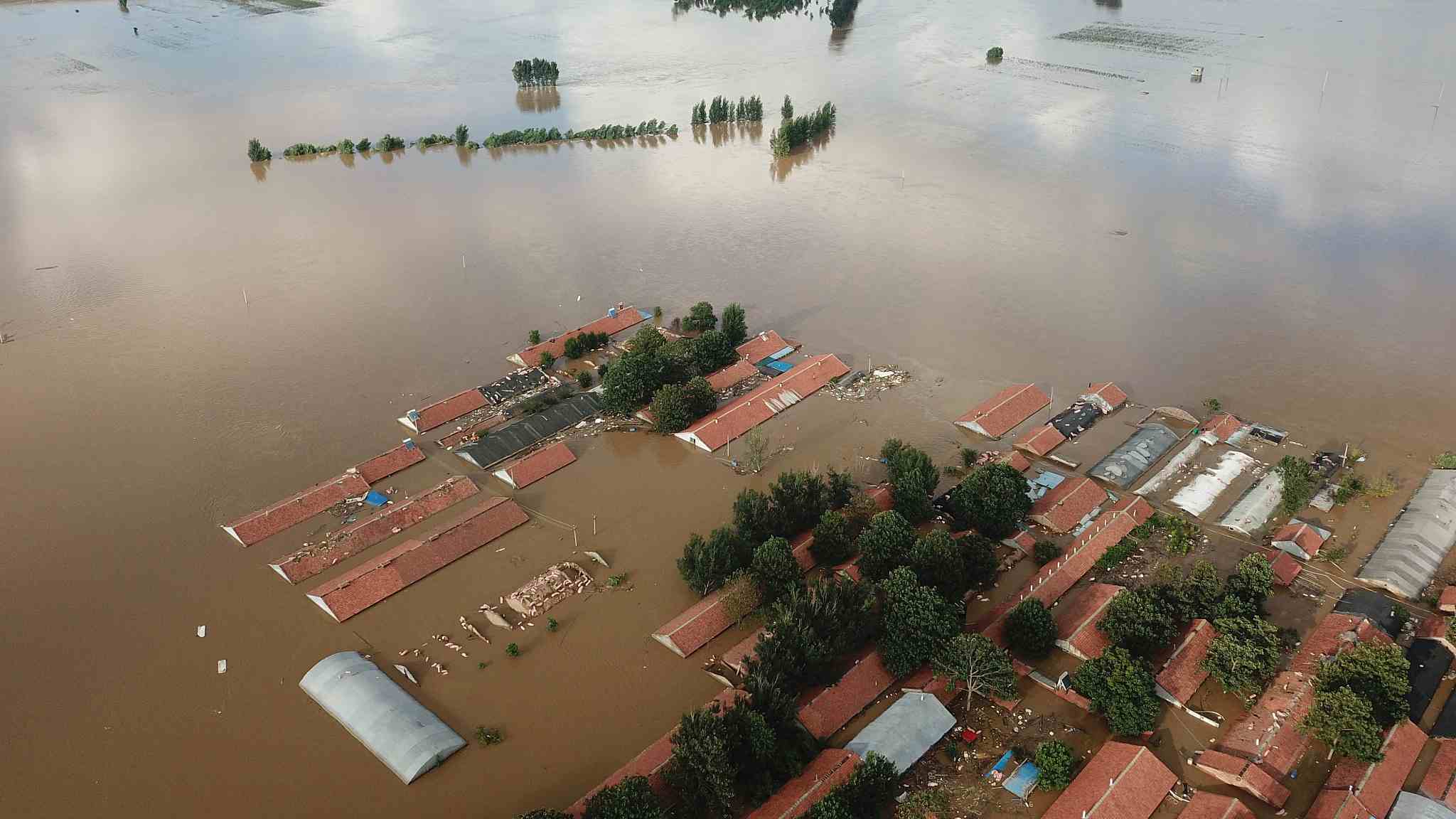 Typhoon Rumbia devastated the city of Weifang in east China’s Shandong Province, leaving 24 dead in the region, and three missing.

Thirteen of those killed were from the city's Shouguang County.

Local authorities are providing relief and rebuilding infrastructure damaged by floods after Rumbia hit the region.

The economic losses reached over 10 billion yuan (over 1.47 billion US dollars) by late afternoon Thursday, said local authorities. They also said it was one of the worst tropical storms to hit the area since 1974.

Torrential rain and widespread flooding brought by the typhoon caused the water level of the upstream reservoirs to rise quickly.

In order to relieve stress on the reservoirs, the local government decided to open the reservoirs' floodgates. The rapid discharge of water submerged downstream areas such as Shouguang.

Shouguang is known nationwide as a major production base for vegetables, seafood and fruits, with an annual output of 4.5 million tons of vegetables, according to the Paper in March. The area also provides Beijing with about 70 percent of its vegetable consumption, says Caixin Global.

Half a million residents were affected by the floods, while 60,000 were relocated due to the release of water from upstream reservoirs as a result of the heavy rains from Typhoon Rumbia, Shouguang mayor Zhao Xuchun said.

Authorities have also allocated 17.9 million yuan (2.61 million US dollars) to help with reconstruction efforts and as compensation for economic losses, said the Paper. Tents have been set up as temporary shelter for displaced villagers.

The floods also killed thousands of livestock, including chickens, pigs, and others.

In addition to Shouguang, the floods destroyed houses and farms in the nearby areas of Yeyuan, Qishuiya and Heihushan.

Weifang Water Conservancy Bureau apologized for the damage from flooding caused by the opening of the upstream reservoirs, saying that they had to do so to prevent the dam’s collapse, a scenario that could have resulted in even greater loss.

According to the data released by Weifang Disaster Relief Press Conference on Friday, the disaster has affected 11 districts in the city with a population totaling 1,568,000.

In terms of damages, 160,000 hectares of crops, 106,000 greenhouses and 10,635 houses were destroyed by the heavy rain and flooding. After the disaster, search and rescue efforts were organized. So far, 62,462 people have been resettled.