CHINA Eco-city development sees progress, but imbalance is an issue

Eco-city development sees progress, but imbalance is an issue 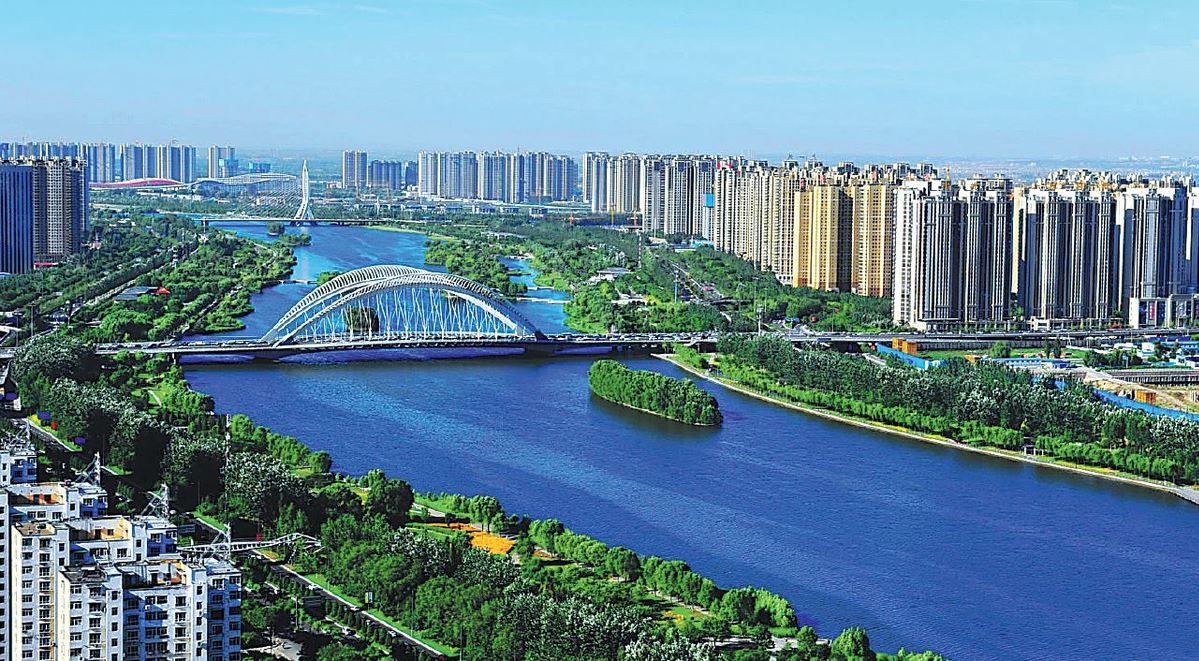 A bridge stretches across the Fenhe River in Taiyuan, capital city of Shanxi province. (Photo provided to China Daily)

China has made marked progress in promoting the development of eco-cities by making major urban areas greener and more efficient in energy consumption, but the country still needs to ratchet up its efforts in making the development more balanced, according to a report.

The per capita green space in the developed areas of 284 major cities across the country stood at about 15.7 square meters in 2017, up by 0.7 sq m from 2016, according to the 2019 Report on the Development of China's Eco-cities, published by the Chinese Academy of Social Sciences in Beijing on Thursday.

Jointly prepared by the academy and three universities, the report also noted that sulfur dioxide emissions per 10,000 yuan of GDP in these cities decreased from 1.76 kilograms in 2016 to 1.26 kg the following year.

The eco-development report has been published annually since 2012. Sun Weiping, a researcher with Shanghai University and an author of the report, said that China has made significant ecological progress in the past eight years.

He said, however, that China is still confronted with challenges to promote the development of eco-cities in a balanced manner.

The report defines eco-cities as those that can coordinate economic and social development with environmental protection and efficiently capitalize on their environmental resources. Based on a health index, the report found 15 of the cities "very healthy", including Shanghai and Beijing. However, nine cities, including Changzhi in Shanxi province and Weinan in Shaanxi province, were classified as "very unhealthy".

The report notes a marked improvement in the urban environment in major cities in the western region. Lanzhou, capital of Gansu province, for example, climbed in the ranking from 101st in 2016 to 53rd in 2017. Meanwhile, Lhasa, capital of the Tibet autonomous region, rose from 44th to 17th.

Liu Juke, a counselor with the Gansu provincial government and an author of the report, said even many cities that top the rankings are unbalanced in different aspects of eco-city development.

For example, Beijing, 15th in the ranking, performs well in "ecological economy", which includes per capita energy consumption and the utilization rate of nonhazardous industrial wastes.

The capital, however, has not done well in environmental governance. The same can be said of Shanghai, which was ranked fourth, Liu said.

The report also includes suggestions for cities to enhance their ecocity development.

In addition to improving air quality, the Beijing government needs to enhance efforts to increase the rate of domestic waste that is disposed of using biosafety methods and better utilize nonhazardous industrial waste, he added.