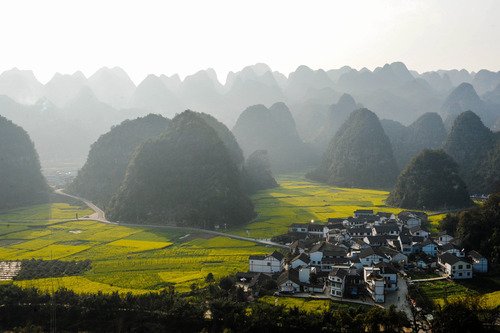 A number of ecological restoration projects have been implemented in southwest China's karst area since the late 1990s. Scientists with the Institute of Subtropical Agriculture under Chinese Academy of Sciences used remote sensing and ecological engineering data to analyze the change of vegetation cover and biomass in the region between 1999 and 2017.

These increases in vegetation cover and biomass have occurred in spite of a general decline in rainfall and soil moisture from 1999 to 2012, and have been attained by widespread conservation and forestry activities.

The research has showed that ecological restoration project improved the karst ecosystem services, which also played an important role in global carbon cycles. It was published in the journal Earth's Future.