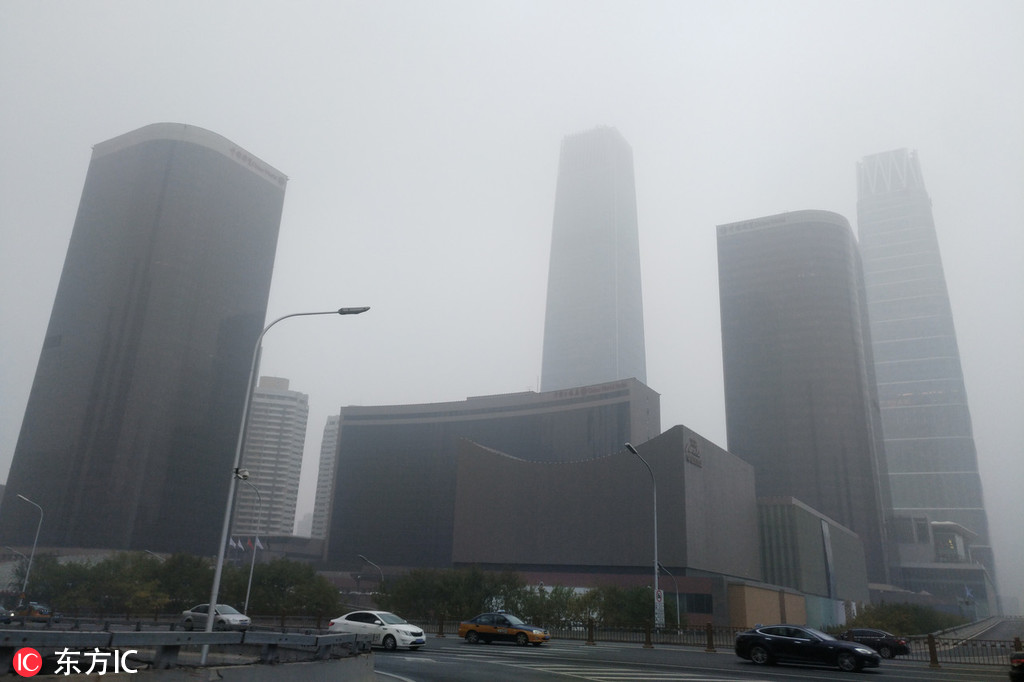 Fall and winter have the worst air quality in China, especially in the north, largely because of coal consumption for heating. (Photo: IC)

Fall and winter have the worst air quality in China, especially in the north, largely because of coal consumption for heating. It has been a normal practice that companies are subject to production restrictions to help curb pollution.

In the cold period from 2017 to 2018, for example, steel manufacturers in four major cities in the Beijing-Tianjin-Hebei province cluster, including Shijiazhuang and Tangshan in Hebei province, were asked to suspend half of their capacity. Pollution emitters might face more restrictions when heavy pollution occurs.

The Ministry of Ecology and Environment this year will continue its policy of sparing companies with good emission controls from the restrictions as it did last year, but will turn to a rating system that classifies companies into four grades.

"We strongly oppose a one-size-fits-all approach," Liu Youbin, a spokesman for the ministry, told a news conference recently, adding that neither compulsory production restrictions nor large-scale production suspensions will be included in this year's plan.

Meanwhile, in case of heavy pollution, companies that fall into Grade A－those with extra-low emissions－will not have to restrict production. Those graded B will be subject to "adequately less" restrictions, he said.

The ministry will set air quality improvement targets for the coming cold period for each city based on their previous performance, he also said.

Those that had a high average density of PM 2.5 last fall and winter, and those with small decreases in the past two years, will be given "comparatively high" targets. Cities that saw PM 2.5 density reach the national standard of 35 micrograms per cubic meter will be spared, he said.

"Thanks to joint efforts from various social sectors, the country's air quality has tended to be generally stable," Liu said. "We have to bear in mind, however, that air pollution control in fall and winter remains grim in key regions," he said.

From January to August, the average PM 2.5 densities in 337 major cities across the country stood at 35 mcg/cubic m, the same as last year. The concentration of the polluting matter, however, increased in two of the three key regions for air pollution control.