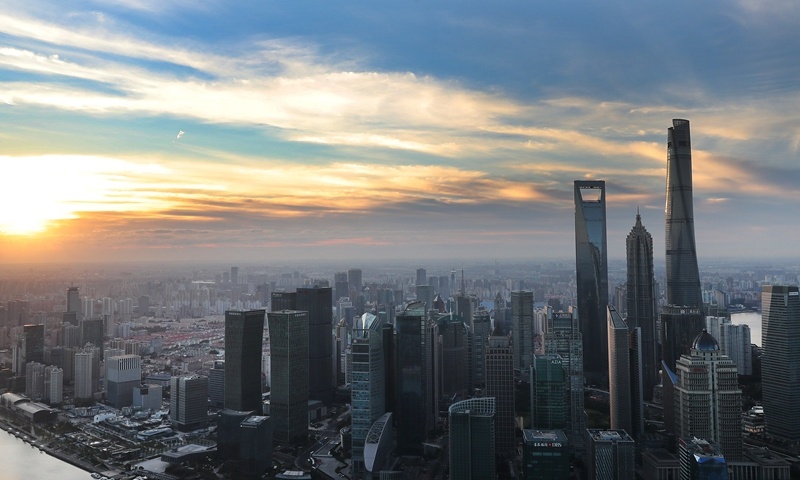 Photo taken from the Baiyulan Plaza shows view of the Lujiazui area in Pudong of Shanghai. (Photo:Xinhua)

China could set its average annual economic growth target at around 5 percent for the coming 2021-2025 period, a senior economist specializing in China's macro economy and economic policy suggested on Tuesday.

Estimates suggest that China's average annual GDP growth could reach 5-6 percent during the 14th Five-Year Plan (2021-25) period, but considering the impact of the coronavirus, growth may see huge volatility from 2020-22, Li Xuesong, deputy director of the Institute of Industrial Economics of the Chinese Academy of Social Sciences, said on Monday.

China's GDP growth this year may be 2-3 percent, Li predicted, adding that if an effective COVID-19 vaccine is widely used, China's economic growth next year will see a big boost but may fall back in 2022.

"Considering the mounting uncertainties within and outside China, it is appropriate to set an average annual growth target of around 5 percent during the 14th Five-Year Plan period," Li said, noting that such suggestions have taken the current rate of economic growth and other factors into consideration, which also leaves space for high-quality development.

It will be vital for China to get over the so-called "middle-income trap", and China could consider setting an expected annual GDP growth target, Li explained.

The 14th Five-Year Plan and 2035 growth vision mainly adopt qualitative descriptions but contain quantitative methods, while they do not give specific GDP targets. 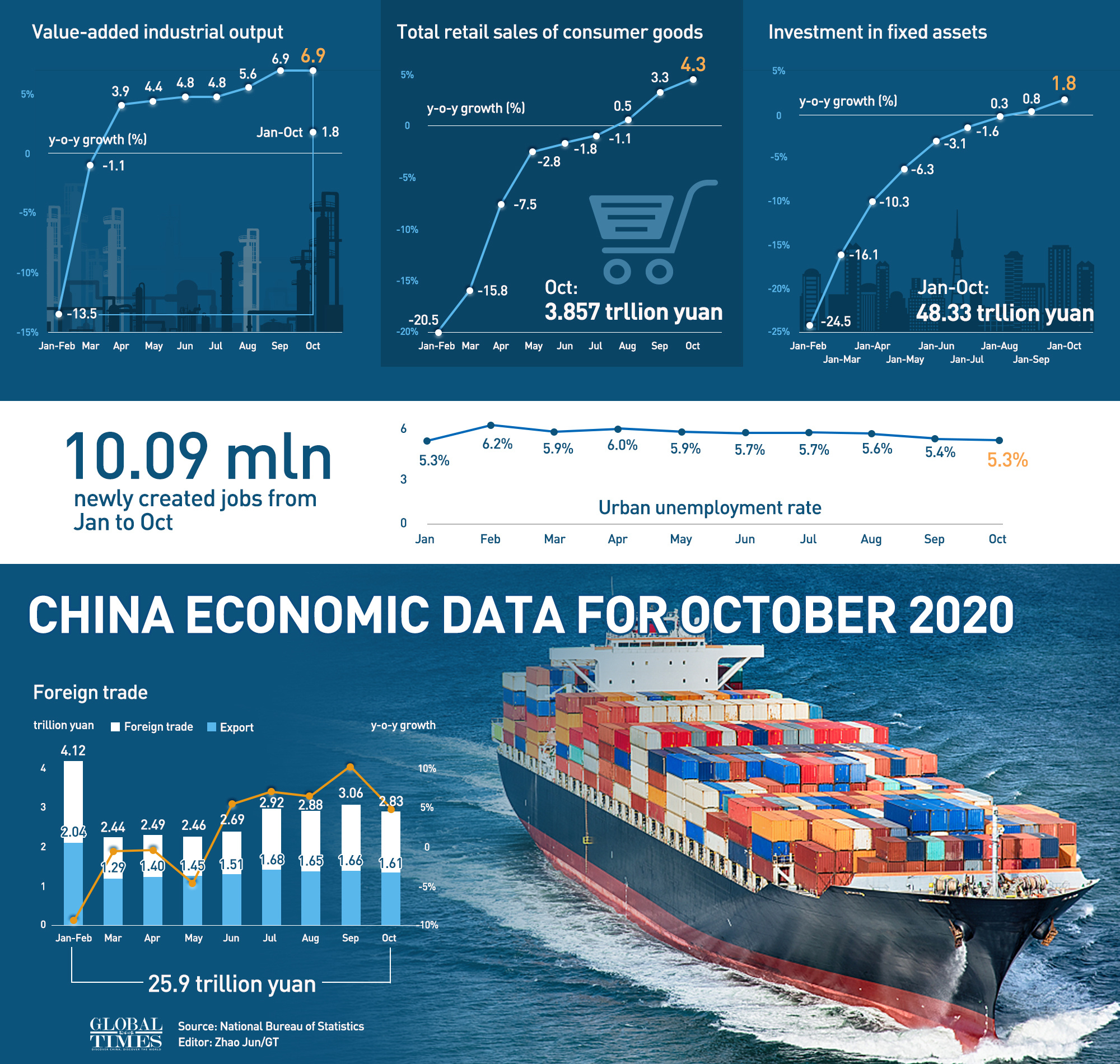 In a recent article by Liu Yuanchun, vice president of the Renmin University of China and a known economist, he said the goal to double China's GDP by 2035 requires China's average yearly GDP growth to reach 4.78 percent in the next 15 years.

According to estimates by a research team at the Renmin University of China, as long as 75 percent of China's "factor markets" deepen reform, average annual economic growth could rise 0.72 percentage points to 5.03 percent, Liu said in the article.

In addition to the development potential, Liu warned the two current major challenges for China lie in intensifying China-US geopolitical tensions and the hits by the coronavirus to the global economy.