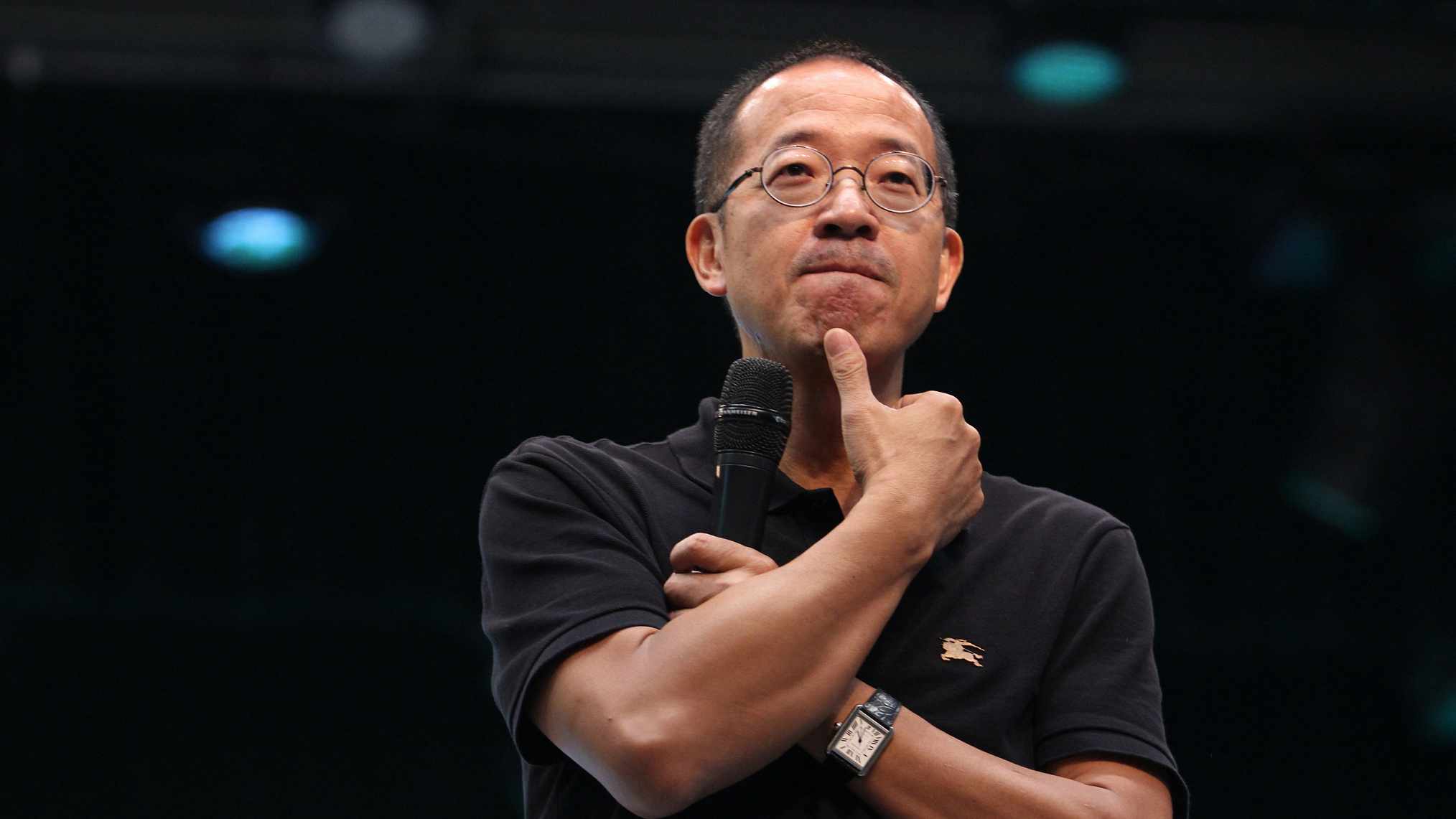 Chinese education mogul Yu Minhong, on Tuesday, published an apology letter on a website affiliated with the All-China Women's Federation for his offensive words on women which aroused online anger.

Yu, the founder of English-language training giant New Oriental, said in the letter that his words on women are extremely wrong, which show his "problematic gender conception, disrespect on women and ignorance on the fact that both men and women should shoulder responsibilities and obligations in familial and social affairs.”

Learning a lesson, as he wrote, he would “strengthen study on gender equality conception, actively build a corporate culture of gender equality in New Oriental, and promote the advanced gender culture with gender equality as the core, and publicize the important role that women have taken in the social development via the education platform of New Oriental.”

The image of the letter, with author's manual signature, is embedded in a report titled “Yu Minhong earnestly apologizes to women via the website of China Women's News.” The report said that Yu paid a special visit to the All-China Women's Federation for an apology on Tuesday.

He then used the analogy that women's standards in looking for a husband determine men's direction in making money or having a good conscience, and claimed that “men earning a lot of money is the standard Chinese women use nowadays in choosing a husband.”

When his words spread online, netizens were irritated, including actress Zhang Yuqi.

Zhang, who divorced twice and built up an image of an independent woman, criticized Yu on her Sina Weibo account, China's answer to Twitter, which has been reposted 114,000 times and got nearly 800,000 likes as of Wednesday afternoon.

“The education from Peking University and the success of New Oriental did not help you understand women's value, what gender equality is, and even what equality is,” she wrote.

In response to internet attention, Yu issued his first apology on his Sina Weibo account, explaining the actual message behind the analogy.

“The level of women in a country represents the level of the country. Well-educated women and mothers can cultivate well-educated children,” he said.

“Men are also influenced by women's values,” he added, “If women pursue an intellectual life, men will become more intelligent. If women only see money in their eyes, men will earn money with all means and neglect spiritual cultivation. If women are strong, their men and the country will also be strong.”

However, his clarification did not put out the fire but made it even worse.

On November 19, the Sina Weibo account of China Women's News censured what Yu said as “nonsense,” suggesting him to employ a gender expert as a consultant.

The newspaper website further advocated the correct gender conception in two commentaries published the next day. One article said that Yu's words not only downgraded women to be materialistic but also denied men's independent character and the meaning of hardworking.

It compared women as being “the other half of the sky,” and confirmed women's important contribution to social development. It also called for people to truly respect women, neither looking up nor down on them but treating them equally.

The Chinese government included gender equality as a basic principle in the Constitution since the founding of the People's Republic of China. In 1995, the government announced it a national policy.

The All-China Women's Federation, established in 1949, is a mass organization under the leadership of the Communist Party of China. It serves the purpose of representing and protecting women's rights and promoting gender equality.

Yu Minhong graduated from Peking University, founded New Oriental in 1993 and made it one of the most extensive private educational services in China. He, also a national political adviser, has been committed to improving teachers' benefits in rural areas.