A science education program has brought China's top scientists to kindergarten, aiming to inspire youth in science and technology. 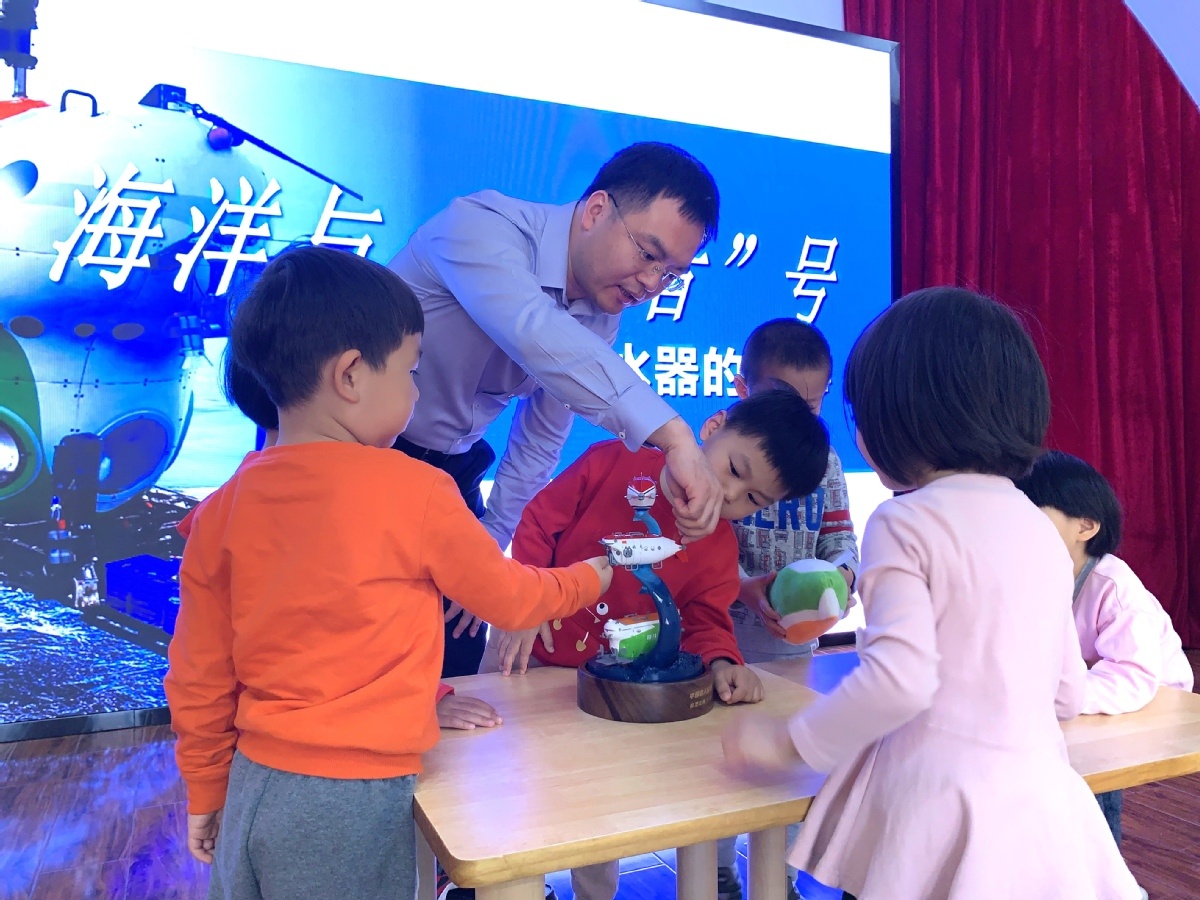 Wang Wentao, a scientist who participated in the project involving China's deepest diving manned submersible, Fendouzhe, known as Striver in English, looks at models with kindergarten children, on May 8, 2021. [Photo provided to China Daily]

The program, launched by the Third Kindergarten Affiliated to the Chinese Academy of Sciences, invites top scientists from various fields, such as physics and botany, to share their professional knowledge, lifetime wisdom and passion for science and technology with children. It is part of the academy's outreach program in May.

Wang Wentao, a scientist who participated in the project involving China's deepest diving manned submersible, Fendouzhe, known as Striver in English, shared the vehicle's story with children on Saturday.

Although well-prepared with a Powerpoint presentation, Wang said his goal is not only to teach children about deep-sea knowledge, but more importantly, to arouse their interest in the ocean and manned submersibles.

"There may be future oceanologists and top engineers among the audience," he said, adding that children's enthusiasm is beyond his imagination.

"Children paid attention to details, such as the mechanical arms and basket to collect samples, both critical to the vehicle," he said.

Teachers from the school also will receive training in the subject in the following days and design classroom activities accordingly.

"It is not a one-time activity to only invite scientists to give a lecture, but also immerse the subject into the daily curricula to lead children to explore more in the subject," said Zou Qinghong, who is in charge of curricula design at the school.

"Supported by the academy's strong resources in science and technology, we launched the program to offer more opportunities for children to get in touch with top scientists" and learn about a career choice as a scientist from these role models, said Liu Sufang, the kindergarten's deputy head.

The program echoes President Xi Jinping's focus on youth and science. Xi stressed the role of youth in the future of the country and innovation.

"It is numerous Chinese children's dream to become a scientist. We should make science an appealing career for the young," he said to top scientists at an assembly in 2018.