Wang, 42, founder of a private high school in the city, was admitted to Taiyuan Normal University in 2000 after three failures in the gaokao from 1997 to 1999.

Starting in 2015, he has registered for the exam every year, hoping to get more experience to help improve the teaching system of his school. 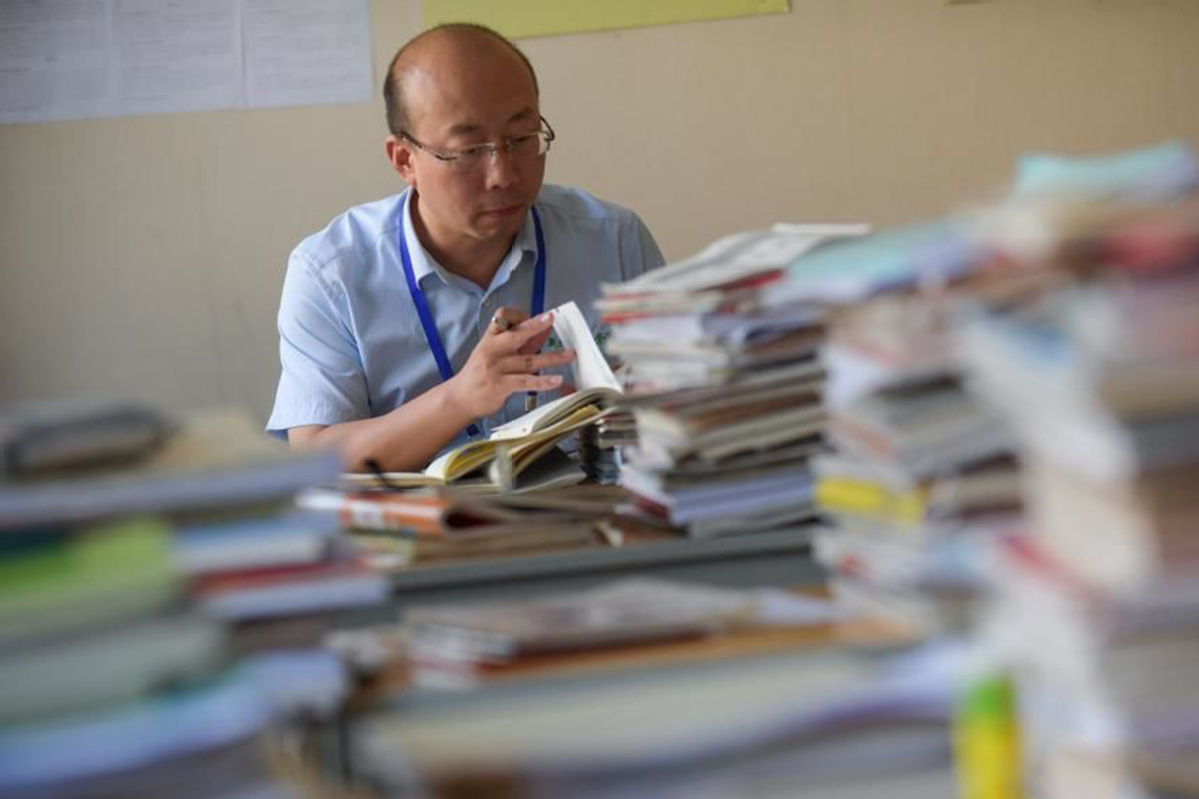 Every time he completed the exam, he would immediately share his experience and ideas with all the teachers in his school. After several exams, he began to work with students on their handwriting as he believed the tidy and clean paper could help students get better scores, especially in the subjects of Chinese, history and politics.

Wang also found that vocabulary was important for students to get high scores on the exam.

Under his leadership, English teachers from the school created their own methods for mastering more vocabulary.