CHINA Efforts made to regulate the livestreaming market in China

Efforts made to regulate the livestreaming market in China 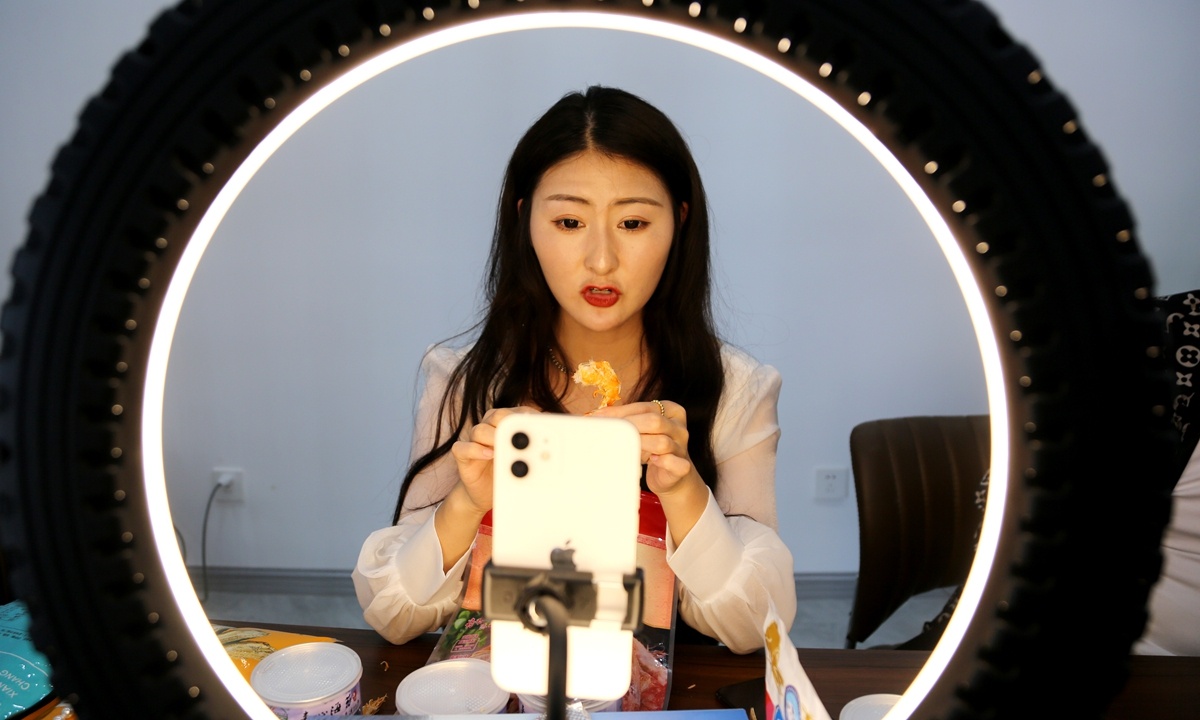 A livestreamer sells seafood at a fishing village in Lianyungang, East China's Jiangsu Province on May 18. (Photo: cnsphoto)

A company related to Viya, China's millionaire livestream queen, was recently fined for violating advertising laws, sparking concerns over quality of products sold through livestreaming e-commerce platforms, and revealing what could be the tip of the iceberg for counterfeit products selling chains on livestreaming channels, a booming business valued at 193 billion yuan ($30 billion) in China.

Qianxun (Hangzhou) Culture Media Co was fined 530,000 yuan for illegal promotion of food and cosmetic products, according to media reports on Thursday. In May 2021, Viya, the livestreamer with 80.90 million followers on Taobao livestream platform was also accused of selling counterfeit products of Supreme.

With the increasing sales volume made through live broadcasting, the selling of counterfeit products has become a commonplace problem covering all kinds of categories, from cosmetics to smartphone and food.

On May 23, a netizen known as "kejixiaoxin," a popular technology blogger ordered a mobile phone through a livestreamer with 24 million followers on short video platform Kuaishou which he later found was a counterfeit.

Kuaishou admitted the quality problem, agreeing to offer "kejixiaoxin" a full refund and remove the product from future promotions.

Prior to that, another popular livestreamer known as "Xinba" on Kuaishou, was caught selling sugar water through livestreaming, pretending it was edible bird's nest - a type of food boasting for high nutritional value.

According to a report on the development of Chinese livestreaming industry in 2020, the number of users watching livestreaming e-commerce shows has reached 388 million and the number of sellers on 23 mainstream platforms has exceeded 130 million, making it a business of 193.03 billion yuan.

Some e-commerce livestreamers told the Global Times that there is a clear division of livestreaming businesses in China. Behind the anchor who presents and introduces the product to the audience, there is a large scale of product selection team which is responsible for searching the appropriate products for livestreaming and negotiating with the manufacturers and brands.

A key issue across the industry is sales staff being incentivized to make bad choices. Often, livestreams and sales team which re-label low-cost products with premium brands are able to generate larger sales commissions, according to a livestream operator surnamed Gao. "There are many factories which reward livestreaming operations which are willing to resell inferior products."

Many consumers can hardly recognize fake products when they buy cosmetics, or wine, he noted.

"For Chinese baijiu, the differences of taste between the brands are not very big. The livestreamers often sell the shoddy product but stick up the price of premium liquor to sell it for high price," Gao said.

Although the livestreaming platforms such as Taobao and Kuaishou ask merchants to sign an agreement to ensure the authenticity and quality of the product, it is hard for them to supervise the whole process and ensure consumers get what they ordered, Liu Dingding, an independent tech analyst told the Global Times on Tuesday.

"Although platforms will arrange spot checks, asking samples to be sent for testing and the product to be removed from the shelf for rectification if there is a problem. In my 10 years of career I haven't been selected yet," Gao said.

The nature of livestreaming which involves at least three parties — the platform, the livestreamer and the factory -- makes it difficult to define the responsibility and hard for consumers to safeguard their legitimate rights and interests, as the three parties tend to "kick the ball" when questions emerge. 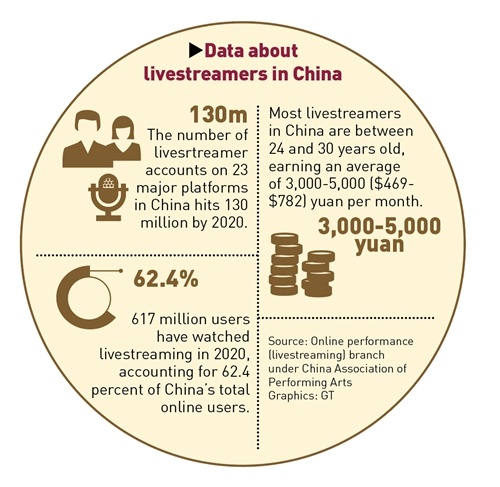 To solve the problem and standardize the market, Chinese market watchdog and public security authorities have been stepping up their efforts in cracking down on the sale of counterfeit goods through livestreaming with laws and regulations.

The most noteworthy is a regulation implemented on May 25 which has been regarded as a regulatory signal to regulate the livestreaming market.

Issued by seven departments including the Cyberspace Administration of China, the regulation states that the livestreaming platforms are obligated to sign an agreement with the livestreaming room operator, requiring them to standardize the recruitment, training and management process of live broadcast marketing personnel, and fulfill the authenticity and legitimacy of live broadcast marketing content, goods and services.

In terms of consumer protection, regulations also mandate that operators and marketing staff involved in live broadcasting rooms shall not deliberately refuse legitimate and reasonable demands of consumers without justified reasons and that they shall not issue false or misleading information to deceive or mislead users.

"The platform also tends to assist consumers when there are complains, requiring sellers to submit purchasing certificates. If complains are supported, the consumers are entitled to compensation worth three times of the value of the purchase from the live broadcasting room," Gao said.

"The frequency of selling fake goods has reduced this year, now that the investigation has become more targeted," he said.

"Livestreaming platforms should strengthen the supervision of content, goods and services through technical means, and consumers should also strengthen their awareness of rights protection when they buy products on livestream platforms," Liu suggested.