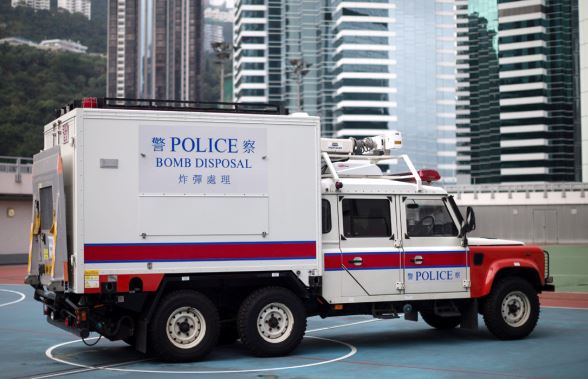 Hong Kong police have arrested eight people late Thursday and early Friday during a raid in an industrial building in Sha Tin, police said in a statement.

Those arrested include seven men and one woman accused of possessing offensive weapons and explosives without a license, Assistant District Commander (Crime) of Sha Tin District Chan Yan said.

According to police, they found materials for petrol bombs, two bows and six arrows, as well as essential oils containing cannabis-derived substances.

Police said they are now investigating if those materials have been used in recent violent incidents.