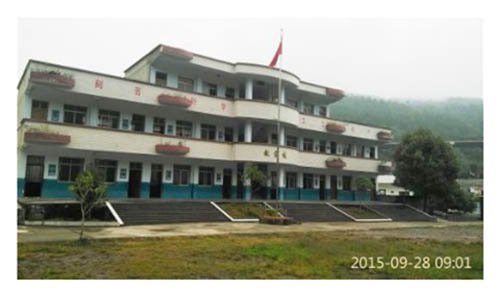 Eight students were killed, two injured after they were assaulted at a primary school in the city of Enshi, Central China's Hubei Province, Monday morning, the first day when the school started.
Police said the 40-year-old suspect, a local resident, was arrested immediately after the incident. The suspect is unmarried.
The suspect was an ex-convict who spent over eight years in jail for attempted murder, according to media reports.
Hunan-based newspaper Morning Herald said the suspect went to jail for gouging out his girlfriend's eye, citing a local villager surnamed Wu.
The newspaper quoted another village official that the suspect was released in May last year.
Local government has strived to rescue the injured and conducted psychological consoling services.
The incident happened around 8 am at Chaoyangpo grade school in Baiyangping, Enshi, Hubei media reported.
Some of the injured were sent to the Central Hospital of Enshi Tujia and Miao Autonomous Prefecture, an employee from the hospital told the Global Times.
The publicity bureau of Enshi told the Global Times earlier that the suspect is in police custody and the police are conducting a criminal investigation.
Public security and education authorities have released few details, including how serious the students' injuries are or how they were assaulted.
The incident sparked public outrage as Monday marked the start of classes for grade school students. Many netizens have urged the schools to strengthen security.