Eight people have been rescued while three remain missing after a cargo ship sank in the South China Sea, according to the Guangdong Maritime Safety Administration. 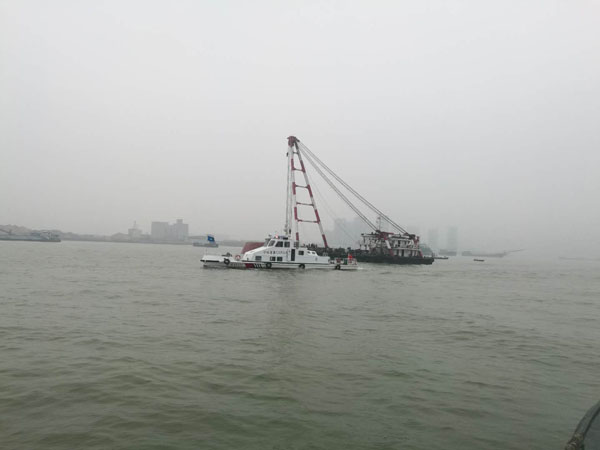 The ship, registered in Huizhou, Guangdong province, sank into a sea lane near Dahushan, Nansha district, on early Friday morning.

Rescue work is ongoing, with 13 marine patrol ships having been rushed to the site to conduct searches and rescues, according to the maritime safety administration.

Authorities have also begun investigating the cause of the accident, and warned ships nearby to be aware of foggy weather on the South China Sea.