Elderly Chinese having hard time catching up with smartphone craze 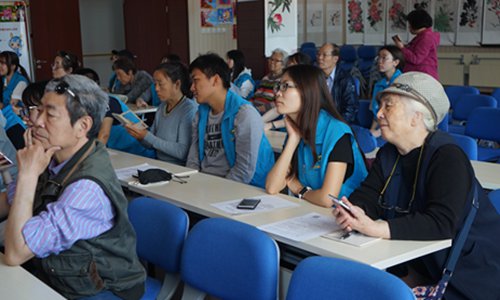 Senior citizens attend a training session with volunteers that helps them learn how to use smartphone applications in Beijing (Photo: Global Times)