A herd of 15 wild Asian elephants continue to linger in the outskirts of the southwestern Chinese city of Kunming, local authorities said Sunday. 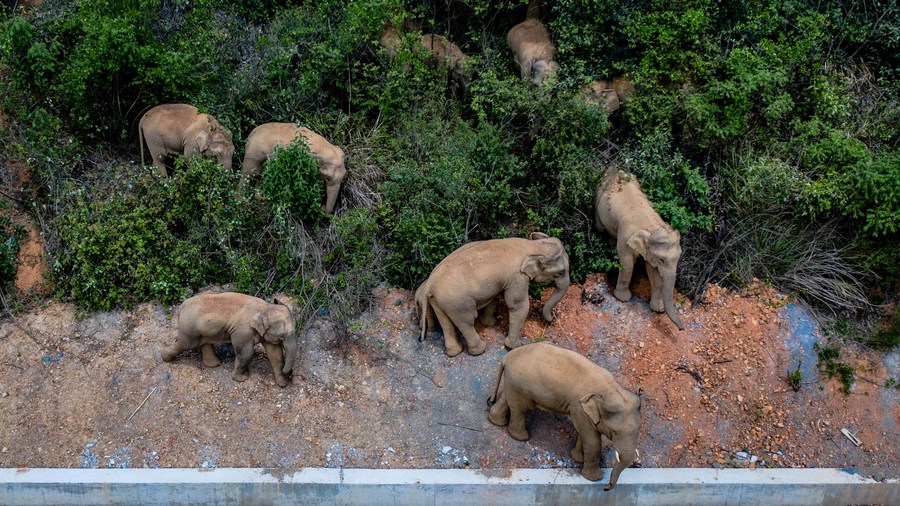 The herd trekked another 12.1 km in 24 hours as of 3:10 pm Saturday to reach Xiyang Yi Autonomous Township in Jinning District of Kunming, said the on-site command tracking the elephants.

The command on Saturday flew 14 drones to track the herd and mobilized 510 people and over 110 vehicles to block roads and guide the migration toward the southwest.

The elephants traveled approximately 500 km from their forest home in the Xishuangbanna Dai Autonomous Prefecture before reaching Kunming, the provincial capital of Yunnan, on Wednesday night.

According to the latest census, Kunming has a population of 8.46 million.