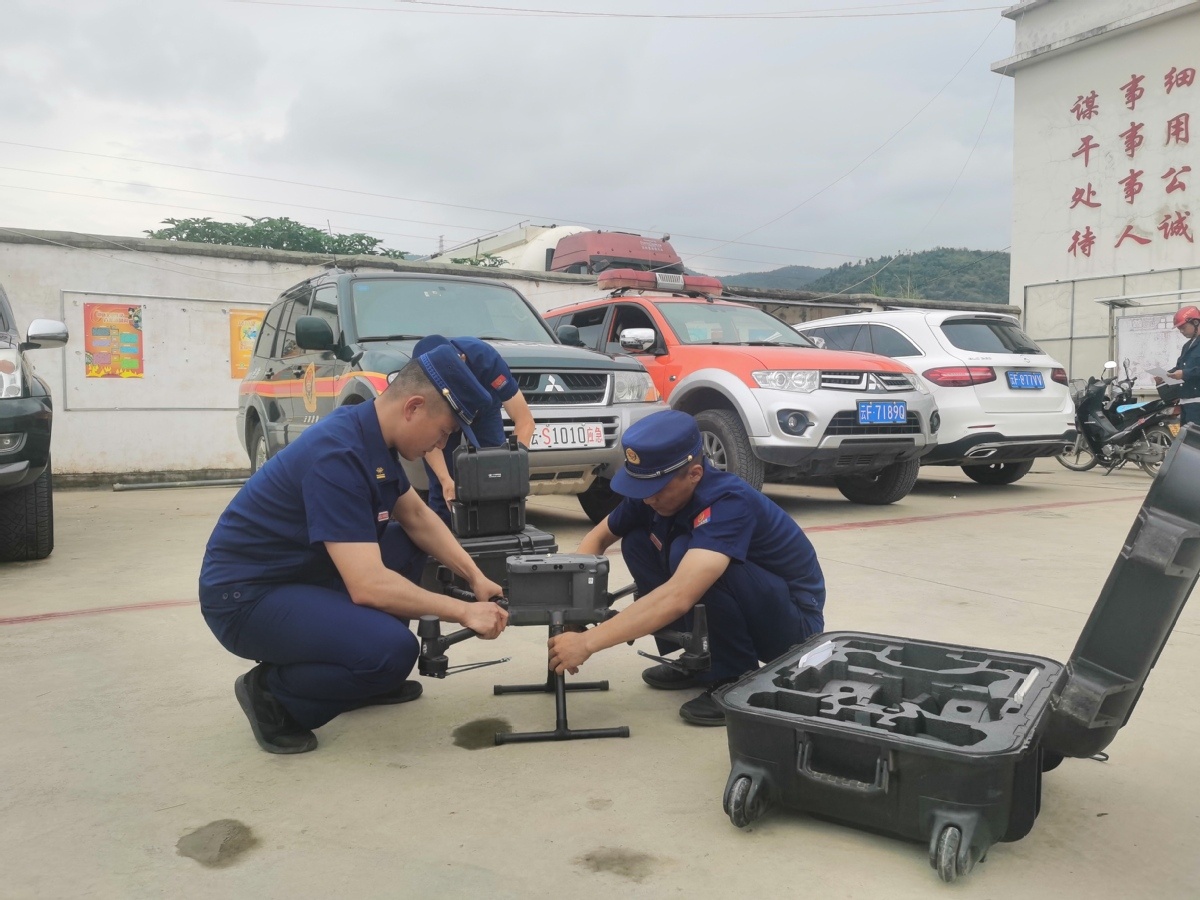 The UAV monitoring task team of the Yunnan Forest Fire Brigade recently took photos of wild elephants sleeping in the forest , which attracted the attention of many a netizen. The 12 front-line officers of this team have tracked the elephants for 13 days and nights.

Yunnan Forest Fire Brigade has sent 12 people to track and monitor the 15 wild Asian elephants from the Mengyangzi Protection Zone of Xishuangbanna Dai autonomous prefecture Yunnan province since they began to move northward.

Six unmanned aerial vehicles have flown for 67 hours and 128 kilometers in total and 26 important maps have been plotted as of the end of June 8, which provided important information for the provincial headquarters for safety and prevention work.

The monitoring team has adopted various countermeasures, ensuring the elephants did not drop out of contact. Large topographic relief and many obstructions in the forests were unfavorable factors that interfered with UAV monitoring. So they combined speaker guidance and UAV monitoring to track the elephants accurately.

Although the elephants looked cute, they are as dangerous to human beings as any carnivore, and the members of this team faced danger during the monitoring process. They went to Xinzhai village of Yuxi city to carry out the monitoring mission, suddenly meeting the elephants on May 30.

"We were less than 10 meters from those elephants. We felt both happy and afraid at that time!" said Zhang Qun, a member of the monitoring team.

The task of monitoring elephants was physically and mentally exhausting, but the monitoring team was touched by some warm gestures from the villagers. Some local villagers sent boiled eggs to the officers when the monitoring team carried out their task in Gaoliangdi village, Jinning district, Kunming city on June 5. The villagers said they did it out of gratitude for guarding the village and the elephants. Though difficult, the task of monitoring elephants was not a predator-prey, life-or-death struggle. It was a loving interaction between man and nature.