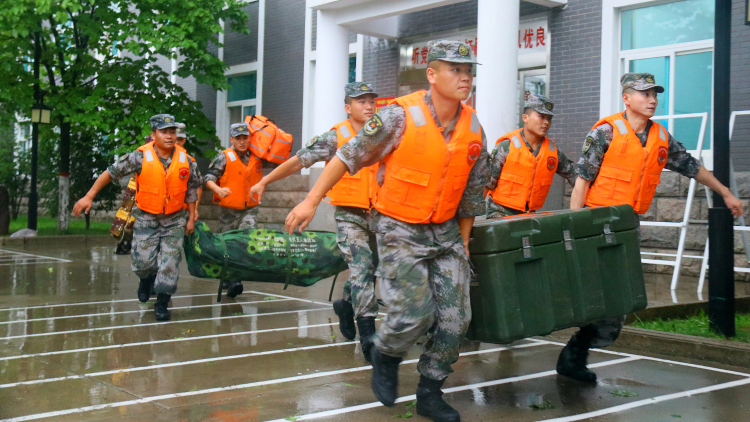 Rains battered train services in Central China's Henan province on Tuesday, causing the national rail operator to dispatch tons of emergency supplies to train K31, which was stuck due to severe flooding.

China State Railway Group has taken precautions to ensure the safety of passengers stranded early Wednesday by sending 30 boxes of bottled water, 400 boxes of bread and 5 boxes of sausages.

The railway authorities and local government are working together to complete rescue efforts.