Employment policies to focus on new types of jobs, startups 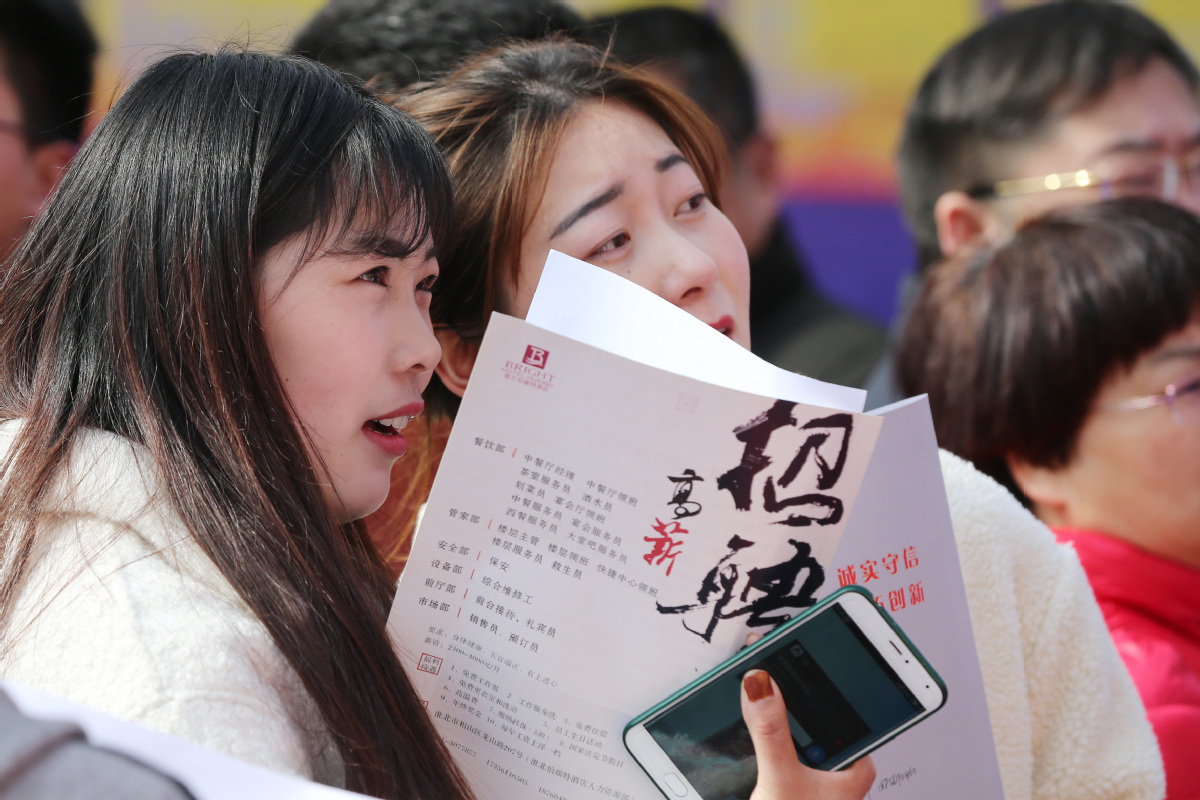 A law on promoting employment should be amended to better cater to new types of jobs and solve new job-related problems, such as the disorderly startup market caused by people returning to their rural hometowns from big cities, legislators said on Friday.

"The current Chinese Employment Promotion Law has not caught up with the fast developments of our job market. Some content needs to be further updated and some demands need to be urgently regulated, especially how people create businesses after they come back to their rural homes," said Zhang Chunxian, vice-chairman of the Standing Committee of the National People's Congress.

He made the remarks at the bimonthly session of the Standing Committee of the National People's Congress, the country's top legislative body, on Friday.

From May to June, 11 members of the NPC Standing Committee, including Zhang, and 12 NPC deputies were divided into three teams to inspect the Inner Mongolia autonomous region and five provinces, including Yunnan, Shandong and Jiangxi.

"We found more people have started up businesses after returning to their hometowns from metropolises due to the booming of modern agriculture and rural tourism, even though the number of migrant workers also grew steadily," Zhang said.

Last year the number of people returning home to create their own businesses reached 7.8 million, according to the report.

In Yanshan county, Yunnan, for example, a total of 1,708 people created businesses after they returned home, which also brought job opportunities for another 4,400 people, according to the report.

"But now there are no clear rules or laws to protect the rights of such people in rural areas and regulate their behaviors in job creation," Zhang added.

The inspectors also found other problems in the job market, such as a great shortage of technical talent and insufficient policies for flexible employment, said the report.

Policymaking, meanwhile, is sometimes too late to regulate people engaged in new types of jobs, including ride-hailing drivers or social smartphone application designers, he said.

In April, the Ministry of Human Resources and Social Security said the pace of job creation remained steady in the first quarter of this year, with about 3.24 million new positions.

The authority added it would continue to help secure jobs for some key groups, including college graduates, migrant workers and demobilized members of the military through enhanced training programs and public services.