CHINA Employment rate on the rise

Employment rate on the rise 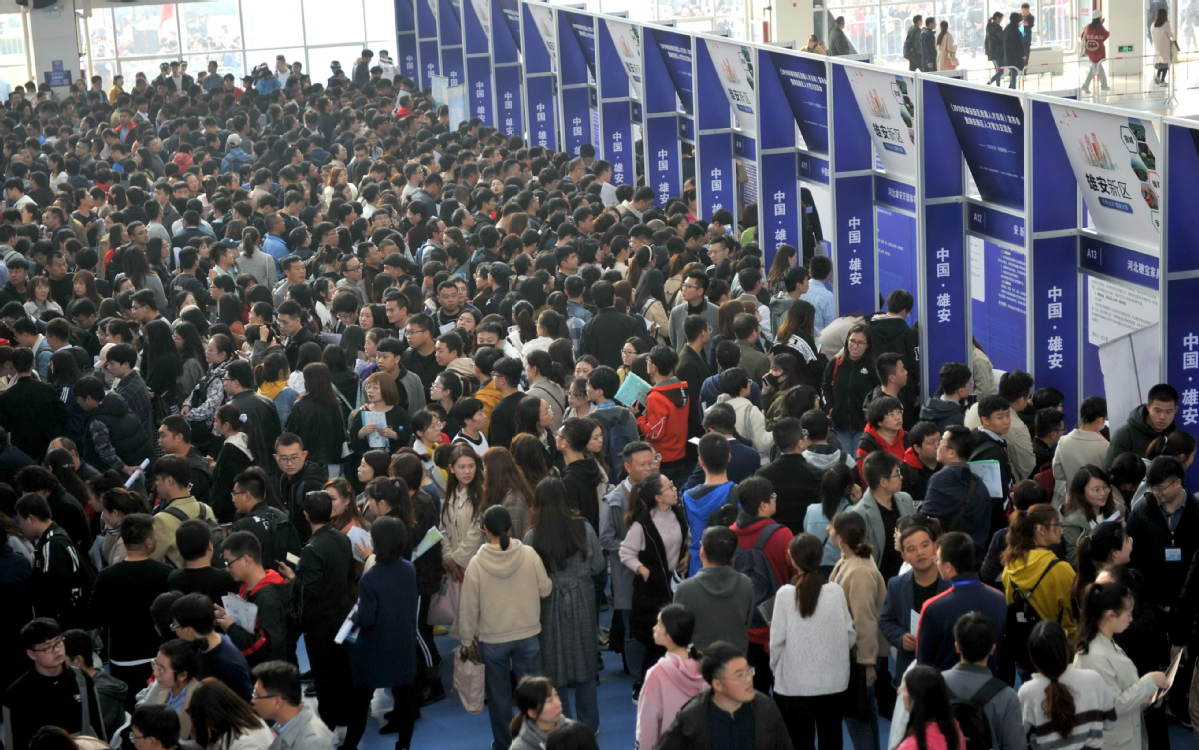 The nation's employment rate steadily increased over the past three quarters thanks to the growing economy and employment-priority policy, according to the Ministry of Human Resources and Social Security on Monday.

From January to September, about 10.97 million new jobs were created in urban areas－just shy of the target of 11 million jobs that were projected to be created for the whole year, the ministry said.

Conversely, the unemployment rate saw a slight decrease. Through the end of September, the registered urban unemployment rate was 3.61 percent, down 0.21 percentage points compared with the same period last year.

Employment in some key groups such as college graduates and demobilized military staff members saw stable growth. According to the ministry, about 1.33 million people who had difficulty finding jobs received help from governments of different levels in the last three quarters.

For example, Anhui province provides 3,000 yuan ($424) in financial incentives to college students, encouraging them to take positions in small and medium-sized enterprises rather than merely applying for jobs in State-owned or large companies.

Moreover, entrepreneurial training courses are open to college students in the province. So far, about 15,000 college students have joined the courses, with loans of over 70 million yuan provided to the students.

Zhang Ying, the ministry's director in employment promotion, said at a news conference on Monday that though the employment rate faces continuous pressure, it has seen reasonable growth, and more supportive policies will be carried out to further spur it.

She said that more preferential policies－such as cutting taxes and offering subsidies on insurance－will be given to enterprises who reduce layoffs.

According to the ministry, about 27.5 billion yuan was given to 750,000 enterprises over the past nine months as a reward for their efforts to stabilize employment.

Skill-improving training courses are in the pipeline to help more people who have difficulty finding work to get jobs, and financial support is also being given to those learning and improving skills. In fact, the ministry said that about 1.3 billion yuan has been given to 810,000 people to help them boost their working skills.

She said that intensive job fairs began on Monday and will run through Nov 21, while job fairs for college graduates will operate in late November and December.