China's Ministry of Foreign Affairs on Wednesday urged the US government to abandon zero-sum thinking in dealing with trade issues and investments, saying the world's major economies should facilitate global trade and not politicize business activities with a Cold War mentality. 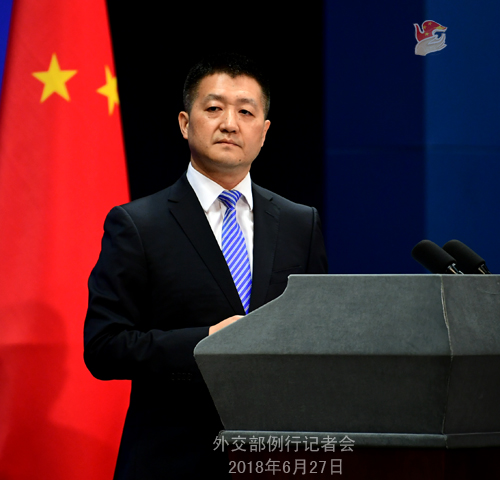 US President Donald Trump may have also signaled a shift from imposing his own unilateral measures targeting Chinese investment in US technology to using the existing powers of the Committee on Foreign Investment in the US (CFIUS), according to a Wall Street Journal report.
"Under current circumstances, we believe that countries, particularly the major economies, should facilitate economic and trade relations. They have to make joint efforts to promote free trade and facilitate investment," Lu Kang, spokesperson of the Foreign Ministry, said at a press briefing on Wednesday.
The US "should stop the zero-sum thinking of the Cold War era and not politicize normal business activities," he said.
China's Ministry of Commerce (MOFCOM) also said on Wednesday that it had received information regarding possible measures to limit Chinese investments to the US. The ministry will evaluate the potential impact on Chinese companies, the MOFCOM spokesperson said.
Trump's apparent less confrontational stance appears to indicate division within his administration, said experts who warned that the US is still highly likely to curb Chinese investments, which over the long run will only serve to hurt the US economy.
In a statement published on May 29 by the White House, the US threatened to implement "specific investment restrictions and enhance export controls on Chinese companies related to the acquisition of industrially significant technology." According to the statement, those controls were to be presented on Saturday, and it's not known if the announcement is still going to be made.
If the Trump administration does abandon plans for new measures to curb Chinese investments, it will reflect competing ideas among US officials with some holding pragmatic views while others remaining keen on adopting harsh measures toward China, Bai Ming, a research fellow at the Chinese Academy of International Trade and Economic Cooperation, told the Global Times on Wednesday.
"Some US lawmakers object to more restrictions on foreign investments as they would hurt the US economy," Bai said.
Trump's plan to bring back manufacturing jobs to the US would be helped by increased foreign investments that create jobs and boost local economic growth, said experts.
Despite rising trade tensions between China and the US, governors and mayors in some US states are sending a different message to Chinese investors, Bloomberg reported in March. Michigan Governor Rick Snyder led a trade mission to China in July 2017 with the aim of attracting more investments to his state. Elected officials in California and Ohio have also made similar overtures to Chinese investors.
"It would be stupid to impose restrictions on investments that could bring benefits to the country," Bai said. 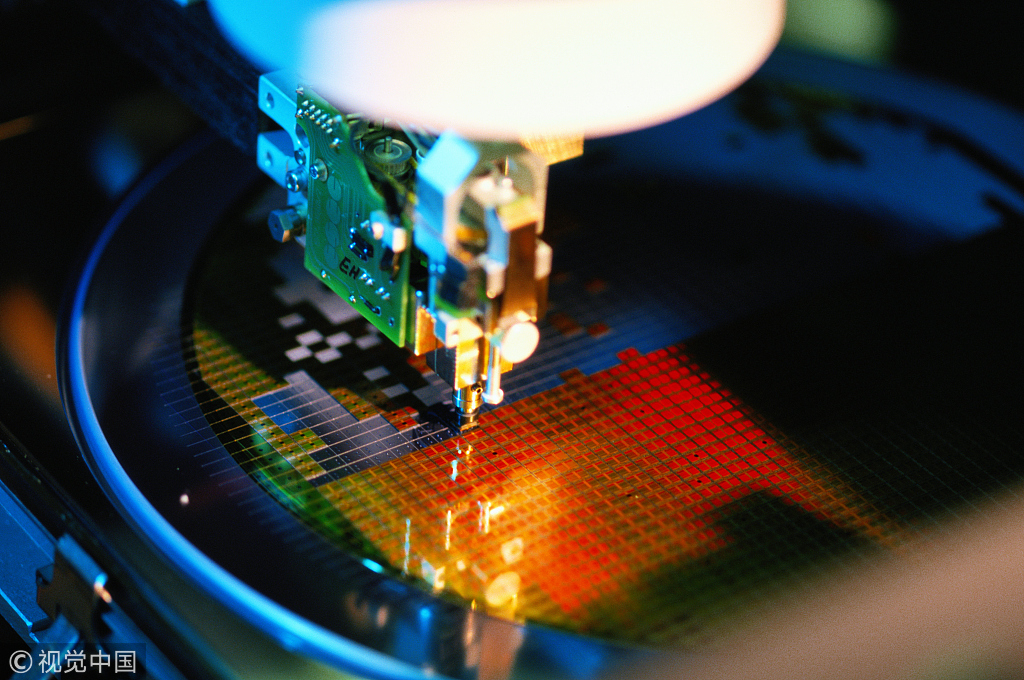 Photo: VCG
High-tech targeted
Chinese investments in the US have been facing increased scrutiny from CFIUS in recent years, which has impacted business confidence, noted Dong Yan, a research fellow at the Institute of World Economics and Politics under the Chinese Academy of Social Sciences.
"Since 2012, Chinese investments have faced the most fierce scrutiny by CFIUS of any country. And this trend will not change no matter what measures the US government will take at the end of this week," she said.
Chinese investors face real challenges in investing in the US. In the first half of 2018, Chinese firms completed acquisitions and greenfield investments worth $1.8 billion - a drop of more than 90 percent from the same period in 2017 - which was the lowest in seven years, according to New York-based consultancy Rhodium Group.
Experts also predict it is highly likely US authorities will extend scrutiny to additional sectors, particularly high-tech and those related to China's Made In China 2025, a plan aimed to rejuvenate the country's manufacturing sector.
"China will not give in on Made in China 2025, our core plan to upgrade industries," Bai said, noting that the US protectionist measures are in deep contrast to China's continuing opening-up, which provides more opportunities for foreign investment in China.