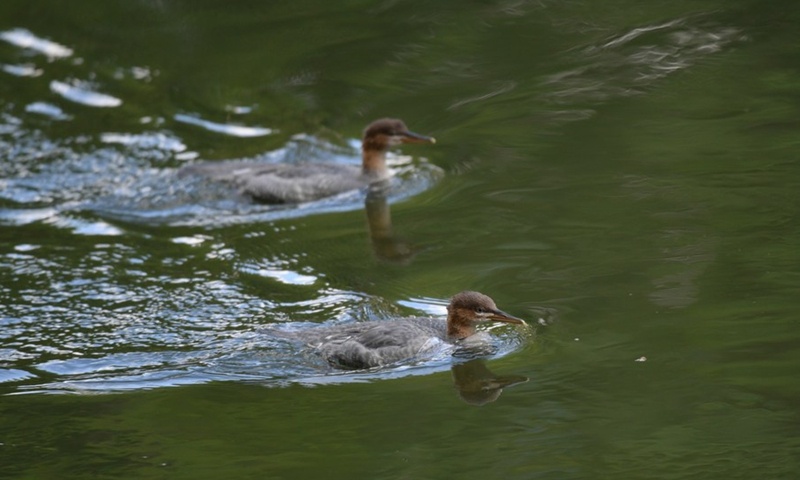 Considered to be a flagship species in the Changbai Mountains area, these birds visit the region every year in mid-March for mating and reproduction and thereafter migrate to the south in November, said researchers from the Jilin provincial museum of natural history.

The bird can be used to monitor the ecological environment as it is very picky about its living environment and is sensitive to environmental changes.

With the continuous improvement of the overall ecological environment in the Changbai Mountains and increased awareness of environmental protection, the population of Chinese Merganser inhabiting the area has been on the rise.

In 2018, the province launched a project to strengthen the protection of Chinese mergansers, aiming to increase the number of such birds to over 400 pairs in the Changbai Mountains area by 2030.

The species is listed as endangered on the International Union for Conservation of Nature's red list, with Russia's Far East and northeast China officially regarded as the bird's major reproduction bases.