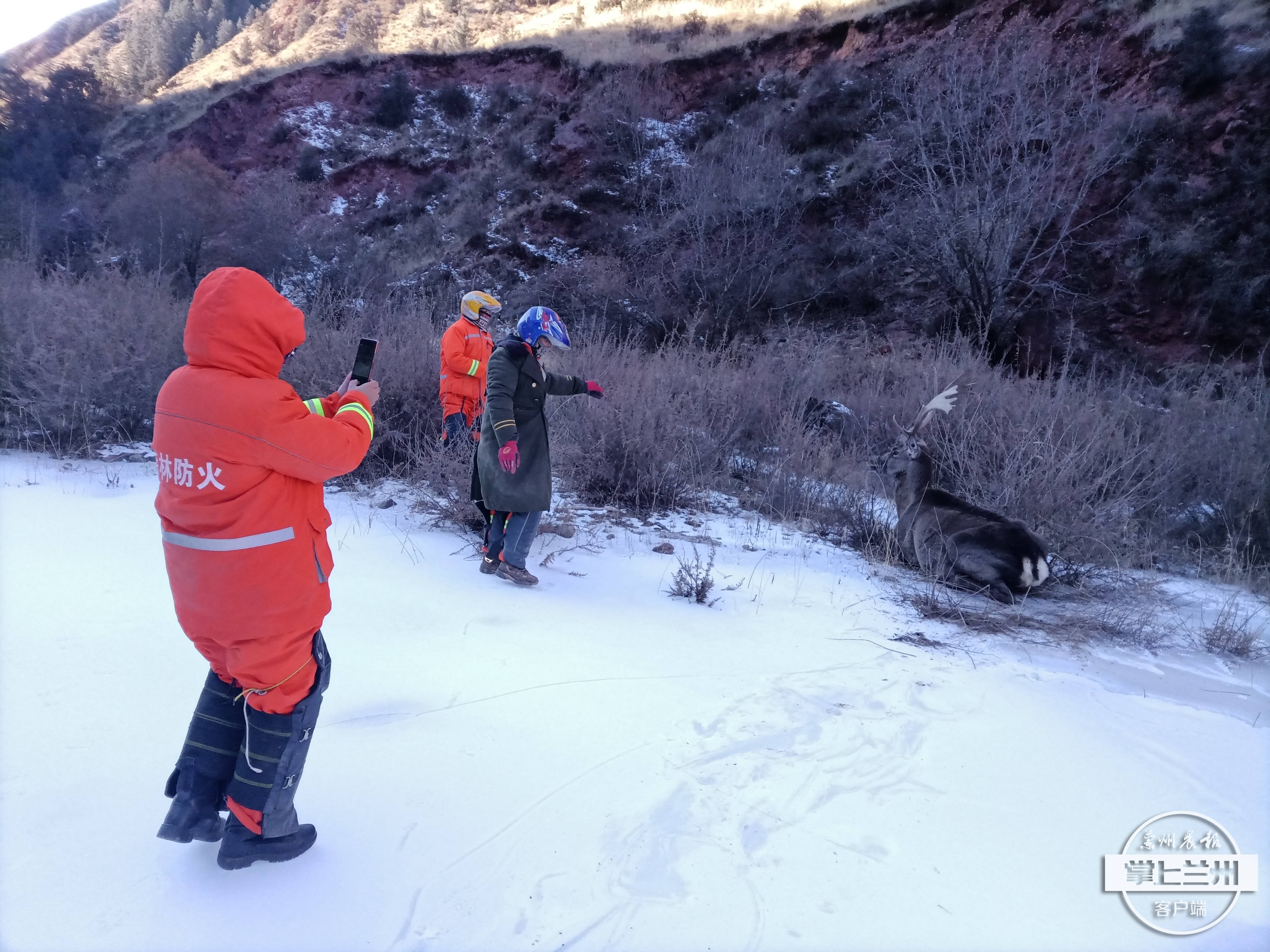 LANZHOU, Dec. 28 (Xinhua) -- An injured endangered deer has been rescued in the Qilian Mountain National Park in northwest China's Gansu Province, according to the park's administration bureau.

The bureau's nature reserve station staff in the city of Zhangye said that while on a routine patrol on Dec. 20, they found the injured red deer lying on the ice with blood on one of its hind legs.

"The deer lay near a small ice hole when we found it. We believed that while it was trying to get a drink of water, its hind leg got trapped in the ice hole," said Wang Liguo, deputy head of the station.

The station dispatched an emergency vehicle to drive the deer to a piece of flat land and then tried to help the deer stand up. "It fell down again and didn't manage to stand on its own. With an initial examination, we found the deer was old and quite weak," said Wang. 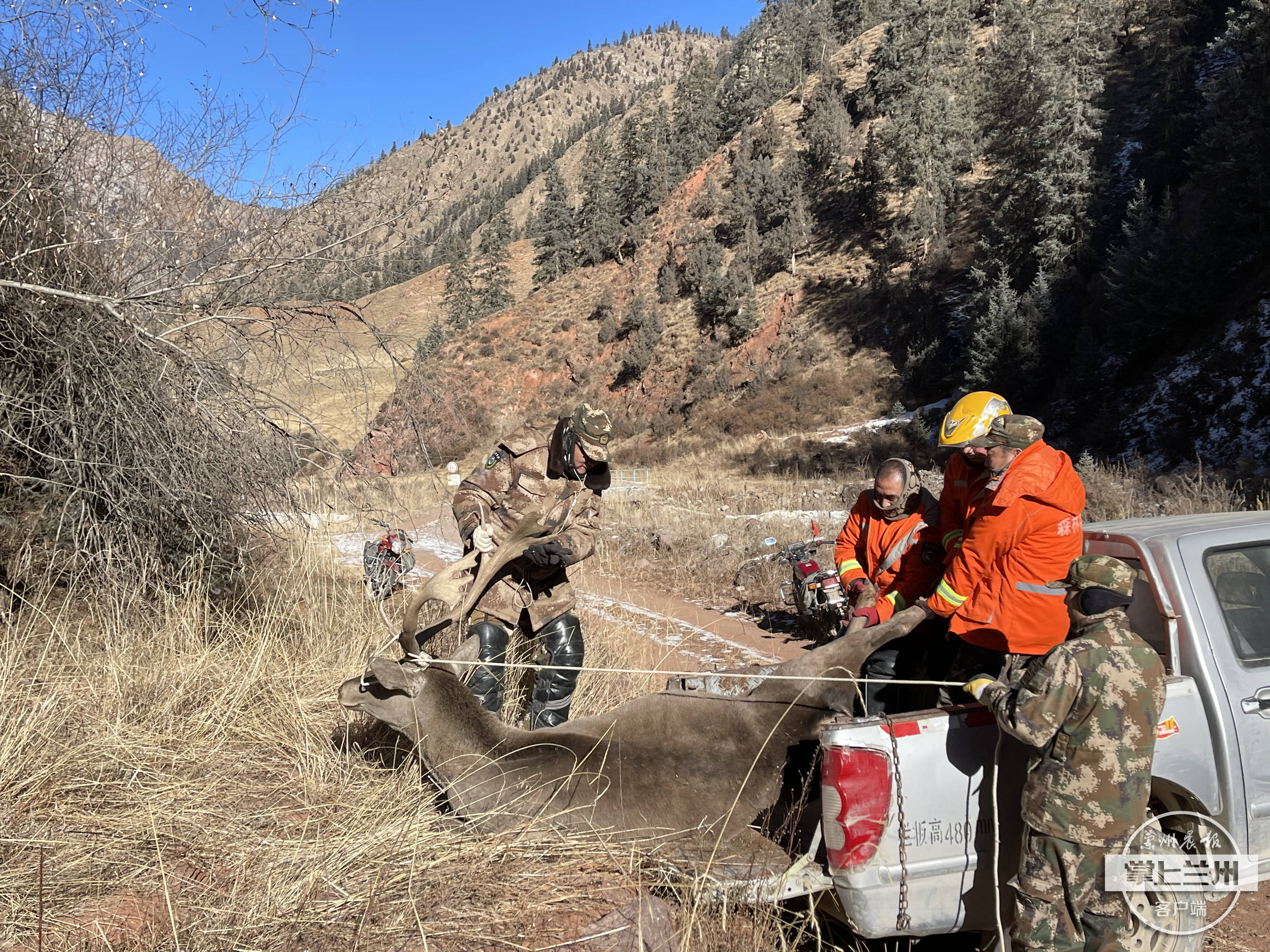 The deer was taken to a herdsman's sheepfold near the station and is now under professional care. "We applied anti-inflammatory drugs and fed it with green hay. It is now in good condition, but still needs further care," said Wang, adding that the deer will be released back into nature after a full recovery.

Wang is also concerned about the deer's age and feebleness. He said they would continue to track the deer after its release into the wild.

Red deer are under second-class national protection in China and mainly distributed across high latitude areas such as Gansu.