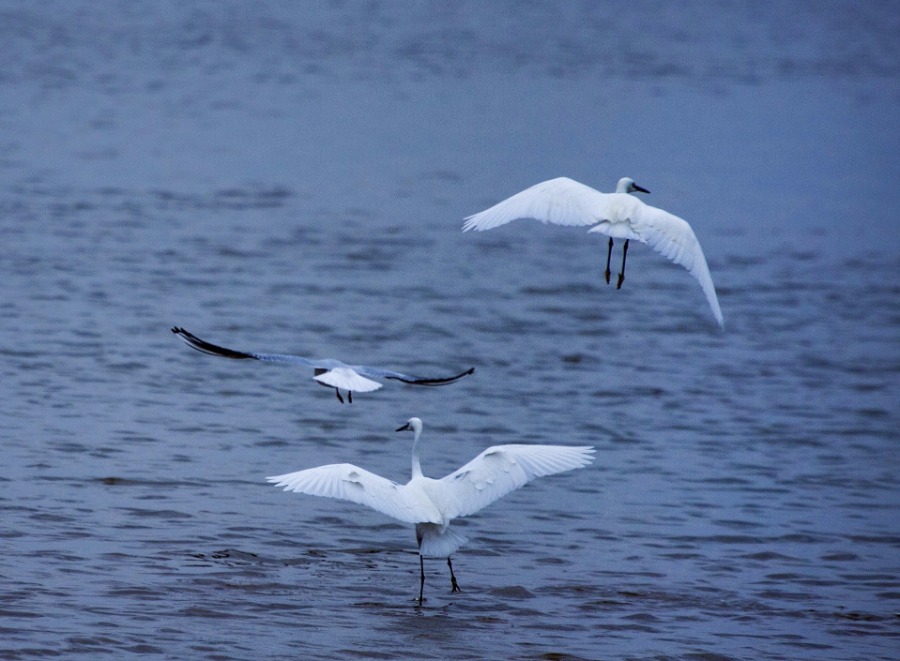 The wader was discovered by staff of the Administration of Poyang Lake National Nature Reserve when patrolling the lake region in Duchang County, the first time the bird was found in Duchang, a major stop on birds' journey to Poyang, since last winter.

Listed in the International Council for Bird Preservation bird red data book, the black-faced spoonbill is one of the most endangered birds in the world, due to its limited distribution area and extremely rare population.

As an important wetland worldwide, Poyang Lake welcomes hundreds of thousands of rare migratory birds every year, providing a suitable habitat with its favorable ecological environment and biodiversity.