TAIYUAN, Sept. 19 (Xinhua) -- Instead of a building materials market, a resident surnamed Jiang from Taiyuan, capital of north China's Shanxi Province, headed to find decoration for his new apartment at the 7th China International Energy Industry Expo, which opened Sunday. 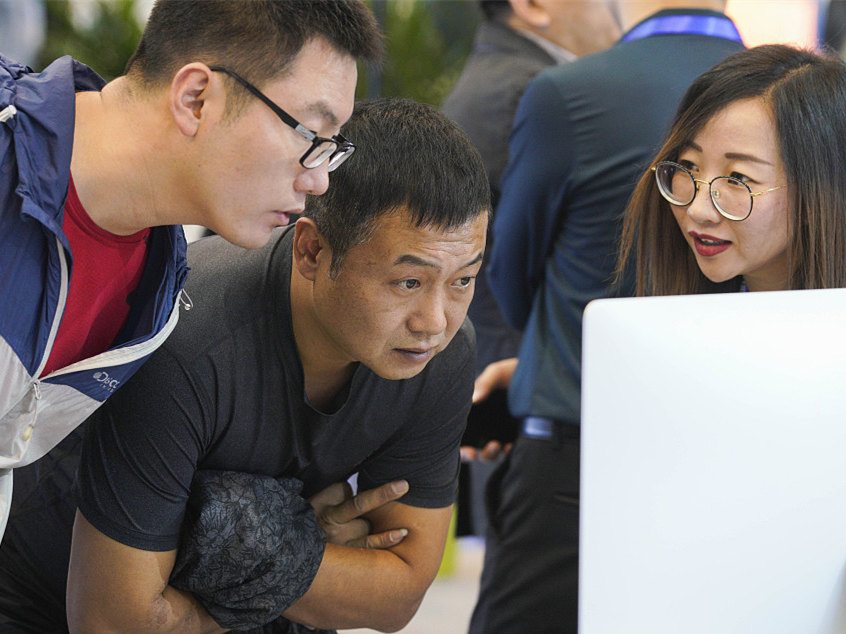 A vendor is introducing her products to the customers in Taiyuan on September 19, 2018. (Photo: VCG)

At the expo, Jiang was interested in marble-like tile, made from a waste-recycling product generated from coal-burning for electric power.

An oddly-shaped, fist-sized black ball displayed in a nearby stand also grabbed Jiang's attention. It was a solid fuel made of household waste, used for boiler heating and thermal power generating.

Both products are only part of the reason why the three-day expo has attracted multi-billion-yuan investment and businesses from 30 countries and regions.

A total of 42 major projects were signed at the expo, with a combined investment volume of 62.5 billion yuan (9.1 billion U.S. dollars), according to its organizers.

Most of the projects are related to advanced equipment manufacturing, new energy vehicles, energy conservation, environmental protection and the modern coal chemical industry.

"In recent years, Shanxi Province, a leading producer of coal in China, has pioneered in the national campaign of promoting green development," said Xuan Shengji, who works with a clean-tech company headquartered in the Republic of Korea and came to the expo as an exhibitor.

According to local authorities, Shanxi has been promoting wide use of natural gas since 2010. By 2017, 105 counties and districts and many mining areas in the province had access to coalbed methane, benefiting 18 million residents.

"Coalbed methane, as an unconventional type of natural gas is recognised as clean energy," said Hao Pengcheng, a Shanxi-based engineer of PetroChina. "It is significant to Shanxi's energy revolution given its rich reserves and sophisticated exploitation system."

"As a significant energy base in China, Shanxi will continue to curb overcapacity and promote the use of clean and efficient energy," said Luo Huining, secretary of Shanxi Provincial Committee of the Communist Party of China (CPC), at a forum during the expo.

By 2020, China will see a significant reduction in coal consumption. Non-fossil energy is expected to account for 35 percent to 50 percent of the total consumption by 2050, according to the Energy Research Institute of the National Development and Reform Commission. Enditem