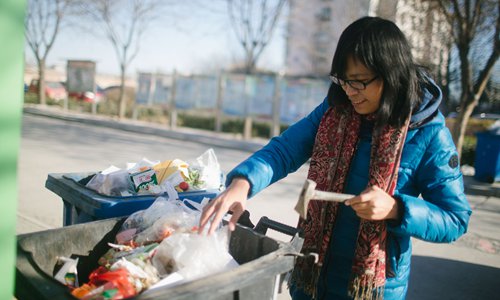 Chen Liwen checks a public garbage bin on Monday outside her residential community in Changping district, Beijing, before she buries her own kitchen waste in the ground. Photo: Li Hao/GT