The China-Pacific Island Countries meeting on tackling climate change was held on Wednesday in Beijing, with the participants vowing to strengthen cooperation and communication. 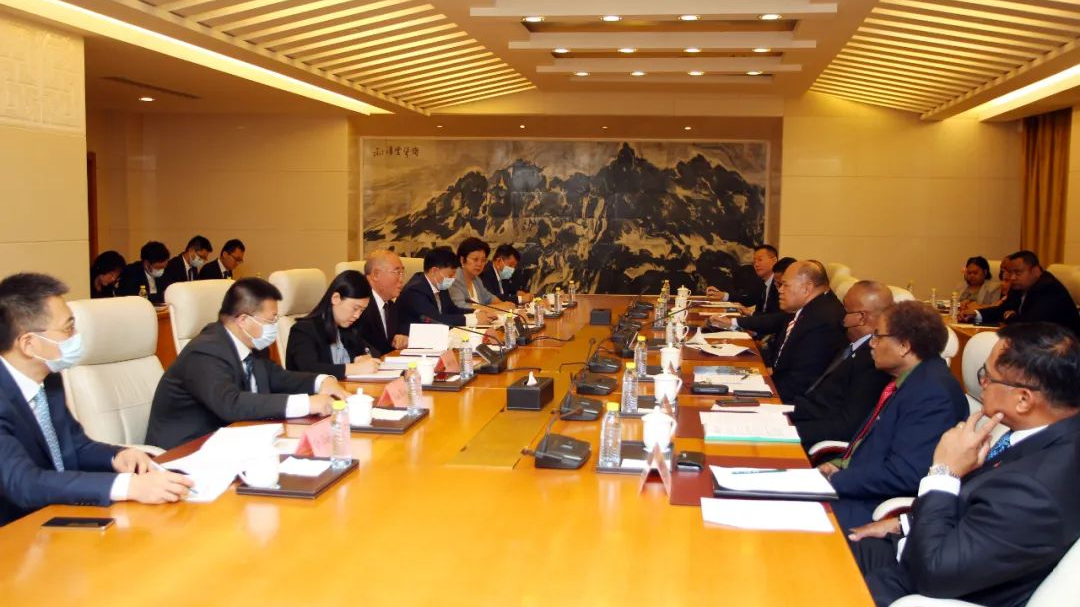 The China-Pacific Island Countries meeting on tackling climate change was held in Beijing on September 14, 2022. (Photo: Ministry of Ecology and Environment)

The envoys touched upon topics including policy action and the expected outcomes from the 27th Session of the United Nations Conference of the Parties (COP27), as well as South-South cooperation on climate change.

China has fulfilled its 2020 greenhouse gas emission control targets ahead of schedule through a series of measures such as adjusting industrial structure, improving energy efficiency, optimizing energy structure, and developing renewable energy, it was noted at the meeting. The country has vowed to peak carbon emissions by 2030 and reach carbon neutrality by 2060.

China is willing to work with Pacific island countries to jointly promote the establishment of COP27 with concrete implementations and actions, and achieve positive results on the issues of greatest concern to developing countries, such as adaptation and funding for combating climate change.

The envoys highly appreciated China's actions and achievements and recognized China for providing valuable support to Pacific island countries in addressing climate change. The countries are willing to further strengthen cooperation and communication with China to jointly make positive contributions.