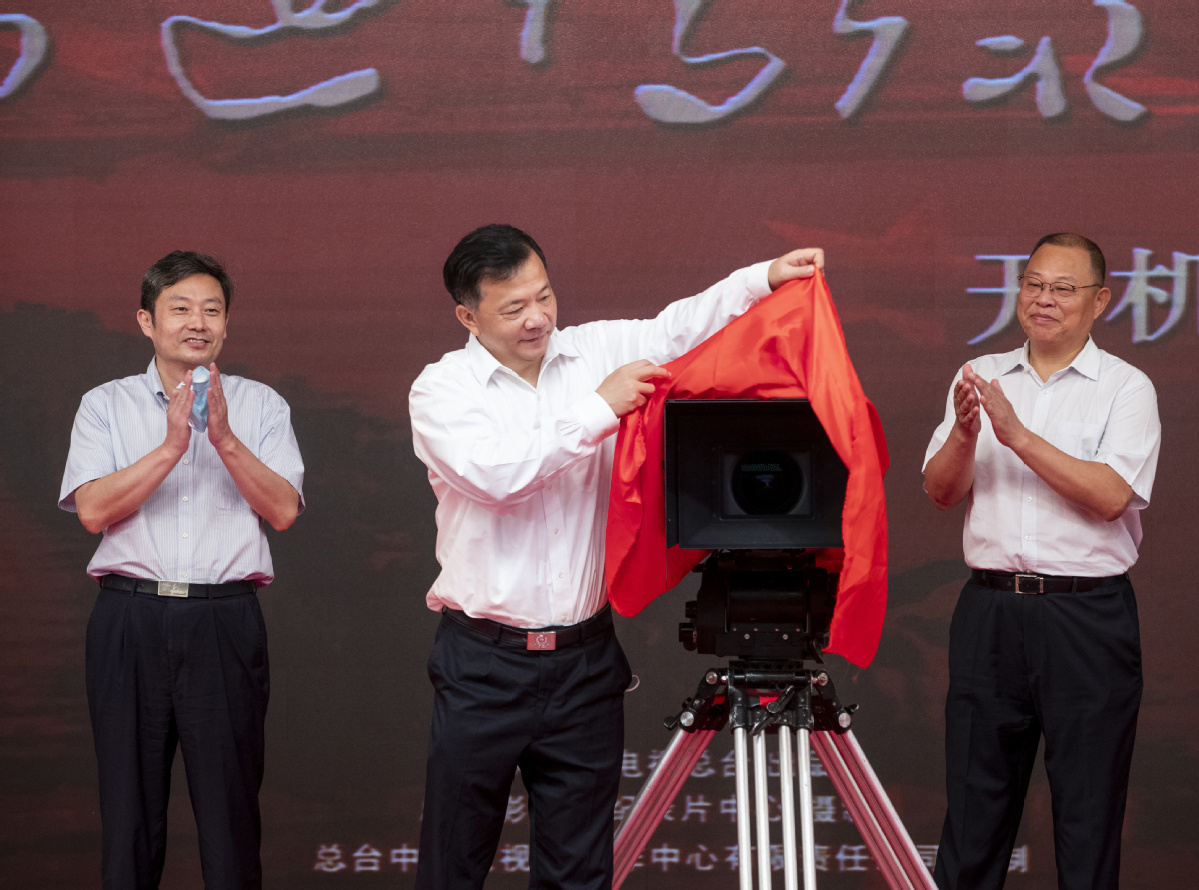 Cameras began to roll on Saturday, kicking off the shooting of a new TV series which marks the 70th anniversary of the Chinese People's Volunteer Army joining the Korean War (1950-53).

The 40-episode production with China Media Group is titled Kua Guo Ya Lu Jiang (Going Across the Yalu River), named after the bordering river between China and the Korean Peninsula. It is also a line from the lyric of a famous Chinese fight song during that war.

The Korean War broke out in June 1950. And when forces led by the United States went across the 38th parallel and brought an imminent threat to China, the People's Volunteer Army joined the war in October that year, allying with Democratic People's Republic of Korea to defend the homeland and thus secure the safety of the newly founded People's Republic of China.

Nevertheless, the sacrifice was huge. Chinese official statistics show that at least 110,000 soldiers of the People's Volunteer Army died on the battlefield and over 300,000 were wounded.

"It was a key choice to decide history, " Xue Jijun, a producer of the TV series, said on the news conference on Saturday. "We'd like to reflect Chinese people's strong spirit to safeguard their home and how they bravely fought against hegemony during a tough time when the country was still in rubble."

Over 300 roles will be portrayed in the "panoramic epic", the producer says. They obviously include then state leaders like Chairman Mao Zedong, premier Zhou Enlai, and Peng Dehuai, the direct commander of Chinese forces in the Korean War.

Huang Jiguang, Qiu Shaoyun, and other household names and wartime heroes for the Chinese will also appear in the production, but some roles are fictional to allow a review of the war from multiple perspectives. The producer said accuracy of major historical events will be followed fully but some trivial details may not be stubbornly identical.

The TV series will cover over 20 major campaigns and battles throughout the three-year war, including the Battle of Chosin Reservoir and the Battle of Triangle Hill known in China as Shangganling.

Shooting of this TV series will last for about 100 days in Beijing, Tianjin, as well as Hebei, Heilongjiang and Liaoning provinces. The crew includes 1,300 people and "tens of thousands" extras and soldiers will also join the production.

Xue admits the difficulty of making such a massive production, and the need to ensure the crew's health by remaining alert for COVID-19.

"But this project also gives us a rare opportunity for creativity," he explains.

Kua Guo Ya Lu Jiang will be shown during prime time through Channel One of China Central Television, and the specific piloting schedule will be decided later.

Also according to the news conference in Beijing on Saturday, Dong Yachun, a veteran director on military-themed productions, will take in charge of the new series. He is best known for his well-acclaimed series on World War II including Chinese Expeditionary Force (2011) and The Fight of Changsha (2014). Actor Tang Guoqiang will play the role of Mao and Ding Yongdai will play the general Peng.

The Korean War has provided a great deal of inspiration to Chinese TV screens and cinemas. For example, the vintage film Battle of Shangganling (1956) and Peking Opera film Raid on the White Tiger Regiment (1972) gave generations of Chinese people proud stories and tales of heroism on the silver screen.