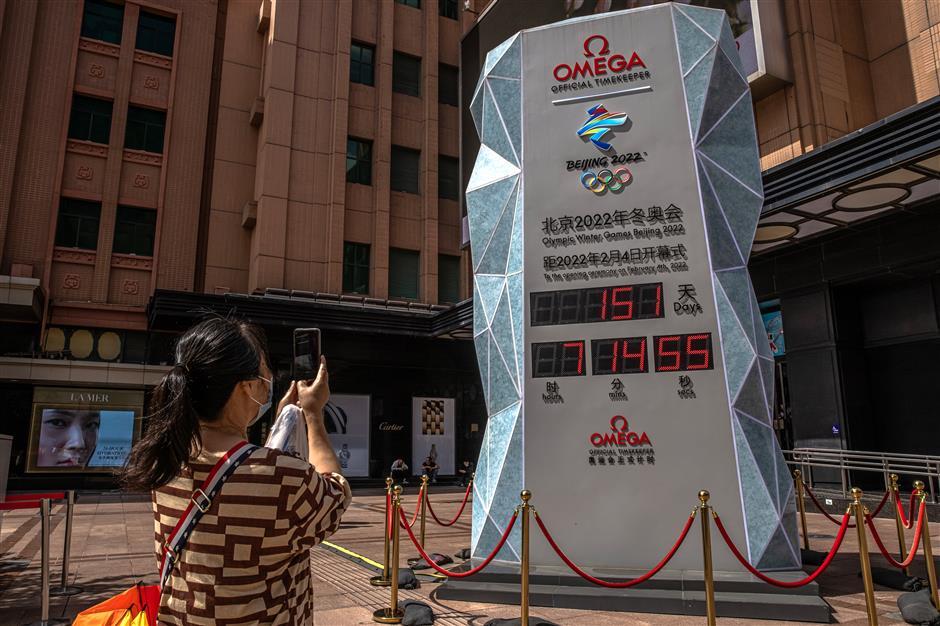 A woman photographs a countdown clock for the Beijing 2022 Olympic Winter Games in Beijing. (Photo: Agencies)

The Beijing Winter Olympics will adopt the same epidemic prevention principles as the Tokyo Summer Olympics, said IOC President Thomas Bach at a press conference in Lausanne, Switzerland, on September 8.

Bach said that the International Olympic Committee and Beijing 2022 Organizing Committee will take suggestions from international experts and the World Health Organization for further discussion in the coming weeks, China Central Television reported.

In fact, they have already achieved consensus on adopting same rules and regulations used at the Tokyo Summer Olympics in principle, Bach said.

Specific measures will be adjusted to China's own conditions, Bach added.

In the Tokyo Olympics that just ended, every athlete had to undergo COVID-19 tests every day. Those who tested positive were disqualified from the competition.

Besides wearing masks and always keeping social distance, athletes could only commute to Olympic venues through committee-arranged transportation.

Under 1,000 politicians, reporters and other guests were invited to the opening ceremony of the Tokyo 2020 Games.

The Tokyo Olympic Committee eliminated local audiences from entering venues. Only athletes and coaches in the Olympic Village could sit in the audience.