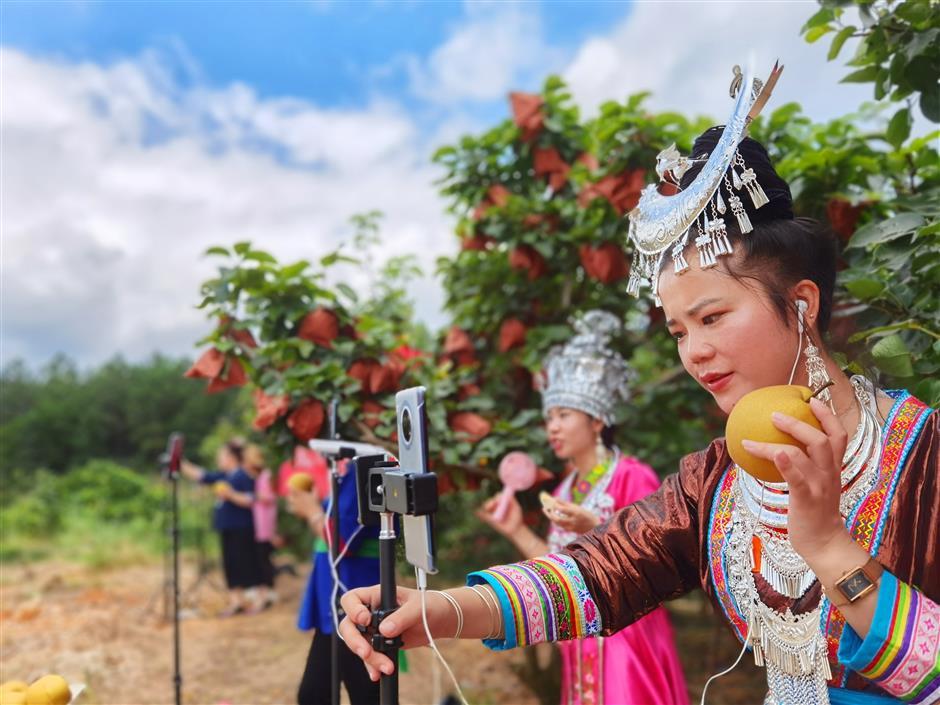 This year is the final stretch in China’s anti-poverty campaign, which intends to lift all rural residents still languishing in poverty in the country above the currently set poverty line and mark the completion of building a moderately prosperous society in all respects.

Before the campaign draws to a successful close, there are still some hard nuts to crack. But with targeted aid measures and innovative development approaches, China has opened up a new path and found the recipe for success in poverty reduction.

Since 2012, China has steadily increased investment in roads, power grids, water supply, Internet connectivity, and other infrastructure, shoring up the foundation for rural development. By the end of 2018, almost all poor rural areas had access to electricity and drinkable water; 99.2 percent of rural communities had access to landline phones, 88.1 percent of them have access to cable TV, and 81.9 percent of them have access to broadband Internet respectively; living and working conditions in rural China have been significantly improved.

Through relocation to more habitable regions, many rural residents have left poverty behind. By the end of April 2020, 9.52 million registered low-income rural residents had moved into new homes away from their original residences. In 90 percent of these relocated low-income households with able-bodied working-age members, at least one member has employment. About 9.2 million people have risen above poverty through such relocation.

Take Liangshan Yi Autonomous Prefecture in Sichuan Province as an example. Since 2012, the region of extensive poverty with a large presence of ethnic minorities has invested lavishly on infrastructure construction and relocation for the purpose of alleviating poverty. So far it has built 21,000 kilometers of country roads with RMB 17.7 billion, allowing 217 towns and townships and 2,897 villages to be accessible by hard surface roads for the first time in their history. All towns and townships in the prefecture now have asphalt roads, and all officially established villages have hard surface roads. In June of this year, the housing project for relocating poor households in the prefecture was completed, and is already receiving occupants.

Many supportive policies and programs that China has introduced provide a safety net for low-income families. They include assistance for business activities and employment, monthly subsistence allowances, and temporary assistance.

A program was launched to alleviate poverty through providing better, more affordable, and more accessible healthcare services. It now covers 25 diseases and ailments, and has helped 15.64 million poor citizens suffering from severe illnesses, more than 70 percent of whom have shaken off poverty. This program is underway in Liangshan, subsidizing treatment for severe diseases and hospitalization of poor local residents. In addition, the region provides regular support for people in extreme difficulty and temporary aid to people in financial straits.

Education is a powerful weapon in stemming inter-generational poverty. To get rid of poverty, poor people should first of all have the needed knowledge and the intention to change their lives. In response to the fact that most rural laborers do not have much education, an initiative was rolled out to improve their learning and vocational skills and broaden their vision for life. In addition, various aid measures have been adopted for students in compulsory education with the goal of ensuring that all children of low-income families can finish school. Educational resources and funds are aligned toward regions facing deep poverty to raise the educational level of their residents.

Poverty alleviation through industrial development leads to sustainable development in underdeveloped regions. Many successful lessons and practices have emerged in this aspect across China, including promoting plantations and animal husbandry with local features, eco-tourism, e-commerce, and encouraging consumption of products originating from poor areas. Such operations bring poor areas closer to the market. Poverty alleviation through industrial development is effective in raising incomes, helping a large number of people, and producing lasting results. Over the past years, the policy system for it has gradually matured, and regions across China have made industrial development plans in light of local conditions.

Poverty alleviation through employment can deliver sustainable results. To boost employment, the state works on three fronts. First, it has increased support for farmers, herders, and college graduates who start businesses. Second, it has established online platforms for job information and provided vocational training and employment services tailored for people in poverty. Third, it creates government-funded jobs in rural communities for those poor people who cannot take jobs out of town due to health or other reasons. In 2018 alone, 2.58 million poor rural residents found non-agricultural jobs away from their hometowns, around 770,000 found employment close to their homes, and more than 30,000 poverty-alleviation workshops were established.

Liangshan, for example, pulls the strength of individual impoverished rural households, leading agricultural enterprises, and e-commerce giant JD to promote the olive cultivation business. Local farmers grow the evergreen tree for its oil-bearing fruits; agricultural enterprises provide them with fine-breed seedlings and technical assistance, and purchase the fruits, and the finished products are sold on JD.com. This partnership gives farmers confidence in and enthusiasm for olive cultivation. In 2018 alone, 230-plus impoverished rural households in the prefecture benefited from cultivating olives, seeing an income increase of RMB 60,000 per hectare of land.

To promote balanced development across regions, China launched a program for coastal regions in the east to help less developed inland regions in the west. This collaboration has been enhanced since 2012, and was refined in 2016, extending the program to all 30 ethnic minority autonomous prefectures in China. Liangshan has been teamed up with Zhuhai and Foshan cities of Guangdong Province, receiving assistance from them in the areas of infrastructure, education, healthcare, culture, employment, and industries.

In addition to region-to-region aid, there are also programs for staff members of government departments, enterprises, public institutions, colleges, and vocational schools to work in underdeveloped regions for a certain period to help with local poverty alleviation efforts. Starting in 2015, the Yan’an-based China Executive Leadership Academy has dispatched personnel to Yuexi County in Liangshan. By June of this year, they have brought more than RMB 33 million in investment into the county, and organized eight training sessions for local officials and two training courses for local technicians, with the total attendance exceeding 10,000.

Aid officials stationed in rural communities serve as a bridge between the government and low-income residents. Standing on the forefront of poverty alleviation, these officials understand how these residents think and feel and know how to most effectively communicate with them when disseminating aid policies and promoting industrial enterprises. They are the champions and facilitators of poverty reduction at the grassroots level.