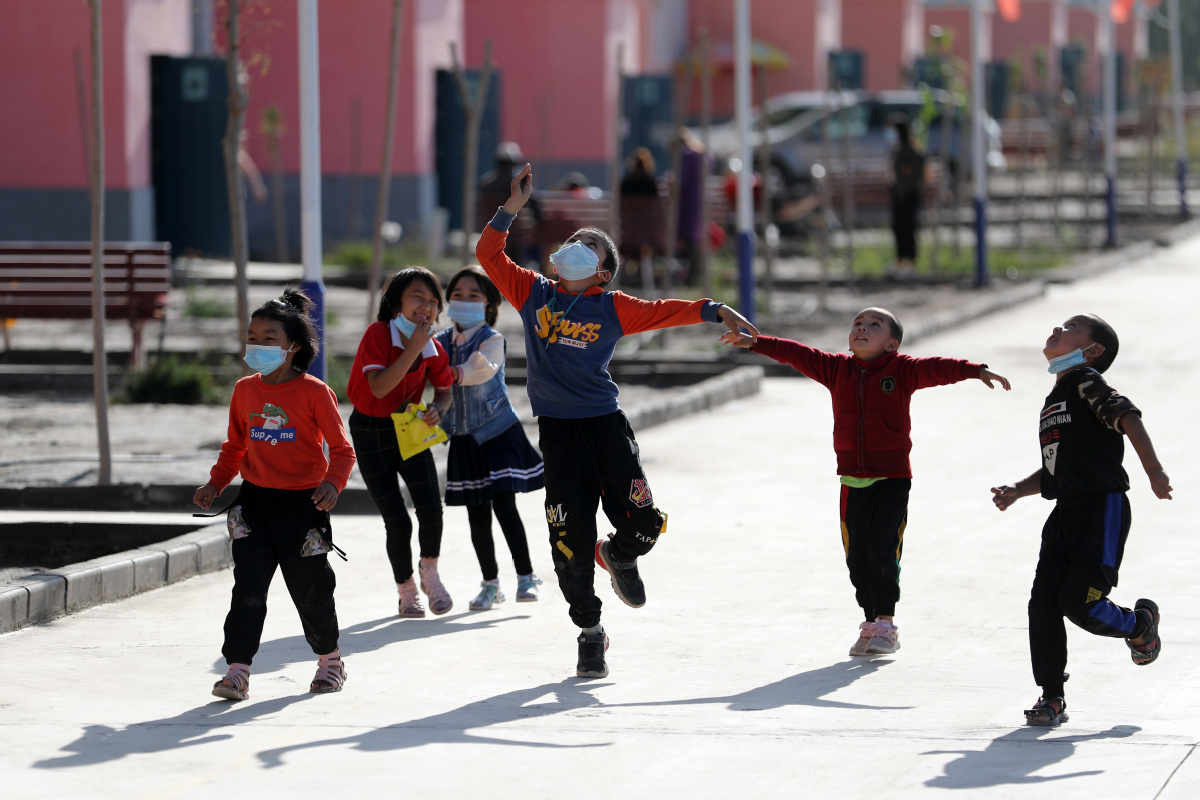 Decreases in the birthrate and natural population growth rate in the Xinjiang Uygur autonomous region in 2018 resulted from the eradication of religious extremism, a report released on Thursday said.

The report on population change in Xinjiang published by the Xinjiang Development Research Center said extremism had incited people to resist family planning and its eradication had given Uygur women more autonomy when deciding whether to have children.

The changes were not caused by "forced sterilization" of the Uygur population, as repeatedly claimed by some Western scholars and politicians, it said.

In a research report released last year, Adrian Zenz, a German scholar, said there had been a significant drop in the natural population growth rate in southern Xinjiang in 2018 and claimed that proved China was trying to control the size of the Uygur population.

For a period of time, the penetration of religious extremism made implementing family planning policy in southern Xinjiang, including Kashgar and Hotan prefectures, particularly difficult, the research center's report said. That had led to rapid population growth in those areas as some extremists incited locals to resist family planning policy, resulting in the prevalence of early marriage and bigamy, and frequent unplanned births.

In the process of eradicating extremism, the minds of Uygur women were emancipated and gender equality and reproductive health were promoted, making them no long baby-making machines, it said. Women have since been striving to become healthy, confident and independent.

Family planning policies have been fully implemented in the region in accordance with the law, the report said.

In 2017, Xinjiang revised its Regulations on Population and Family Planning, stipulating that all ethnic groups should implement a unified family planning policy allowing couples in urban areas to have two children, and those in rural areas three.

The research center's report said safe, effective and appropriate contraceptive measures are now available to couples of childbearing age in Xinjiang, and their personal decisions on whether to use those measures — which include tubal ligation and the insertion of intrauterine devices — are fully respected. As a result, the birthrate in Xinjiang decreased from 1.6 percent in 2017 to 1 percent in 2018 and the natural population growth rate fell from 1.1 percent to 0.6 percent.

The Uygur population grew from 10.2 million in 2010 to 12.7 million in 2018, an increase of more than 25 percent, while the population of Han people in the region increased by just 2 percent to 9 million over the same period.

The report said an increasing number of people in southern Xinjiang were deciding to marry and have children later in life, seeing the benefits of fewer but better births, and the change was due more to personal choice than government policy.