Police made the announcement on the heels of a hot debate on the Internet in China about food delivery firms maximizing their profits by exploiting delivery staff.

Meanwhile, police said they will be stricter in punishing law-breaking by e-bike food and parcel deliverers.

In Shanghai, police have installed chip and sensor systems to capture traffic offences by delivery riders. Police said they will ask the company of an offender caught two times, and who fails to pay the fines, to suspend the offender.

Police also vowed to wage weekly campaigns targeting this group of offender and to punish all offenses from e-bikers in their daily work.

Police said they have punished over 43,000 food and parcel deliverers on e-bikes for various traffic offences so far this year.

The most frequent offences are ignoring red lights, using a lane with traffic from the other direction, using motor lanes, using their mobile phones while riding their e-bike, and carrying oversize boxes on their e-bikes. 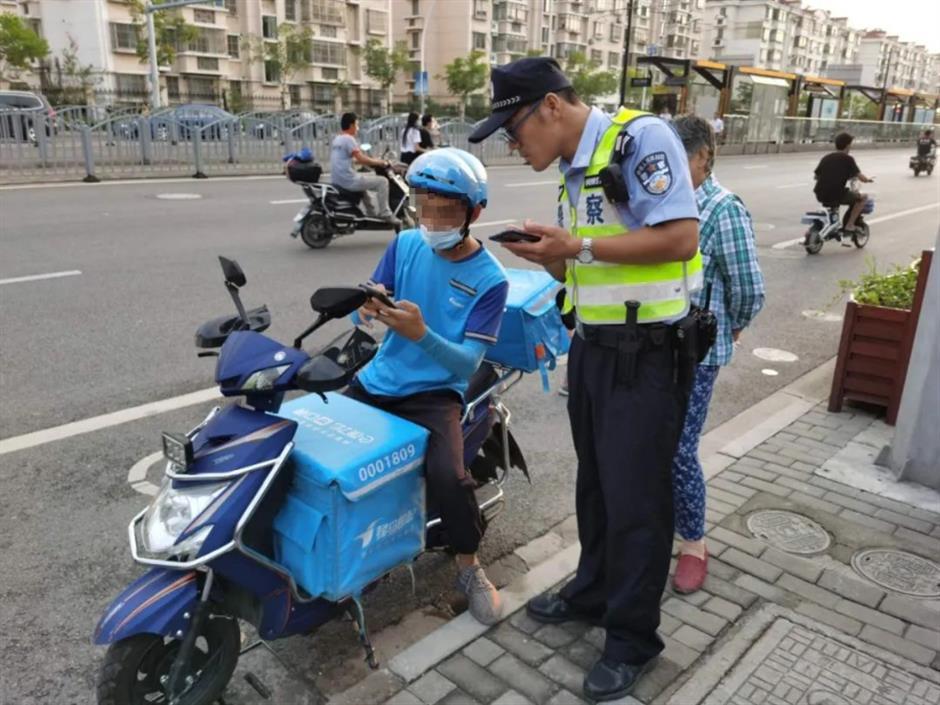 An e-bike food deliverer is fined by a police officer for riding the wrong way up a street.