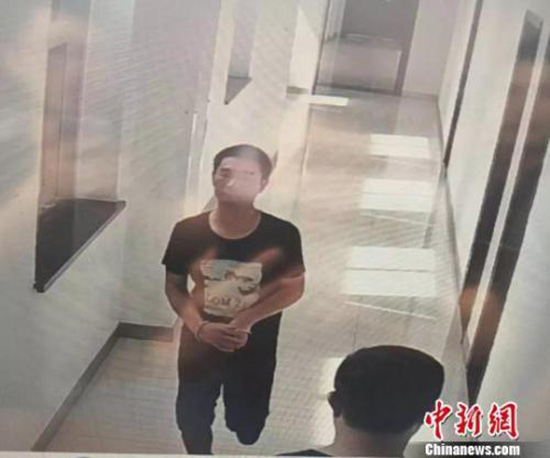 Nantong police made the announcement on their official Weibo account on Thursday, saying that the suspect was arrested thanks to the efforts of local police. Ma had been on the run for almost three weeks.

Ma fled on June 26 from the court in Nantong where he was standing trial on charges of drug trafficking along with two other defendants. At 9:40 am, Ma rushed out of the court before his trial started, and leaped out of a second floor window.

A search of the city came up empty handed. Police offered a 50,000 yuan reward (around $7,400) for tips about the whereabouts of the suspect. 10 days later, China's Ministry of Public Security issued a nationwide arrest warrant for Ma.

Ma was arrested in Huaihua, nearly 1,500 kilometers away from Nantong.

Nantong court has released a statement saying that court officers responsible for escorting the suspect were under investigation for negligence.