CHINA Ethnic groups should unite as one family: descendants of Uncle Kurban in Xinjiang

Ethnic groups should unite as one family: descendants of Uncle Kurban in Xinjiang

Tohtihan Kurban, 90, from a village in Yutian County, Northwest China’s Xinjiang Uyghur Autonomous Region, is well known among the locals. Her father is Kurban Tulum who met the late Chairman Mao Zedong twice. In January 2017, she received a letter from Chinese President Xi Jinping, praising her continuation of her father’s love for the Party and the country. 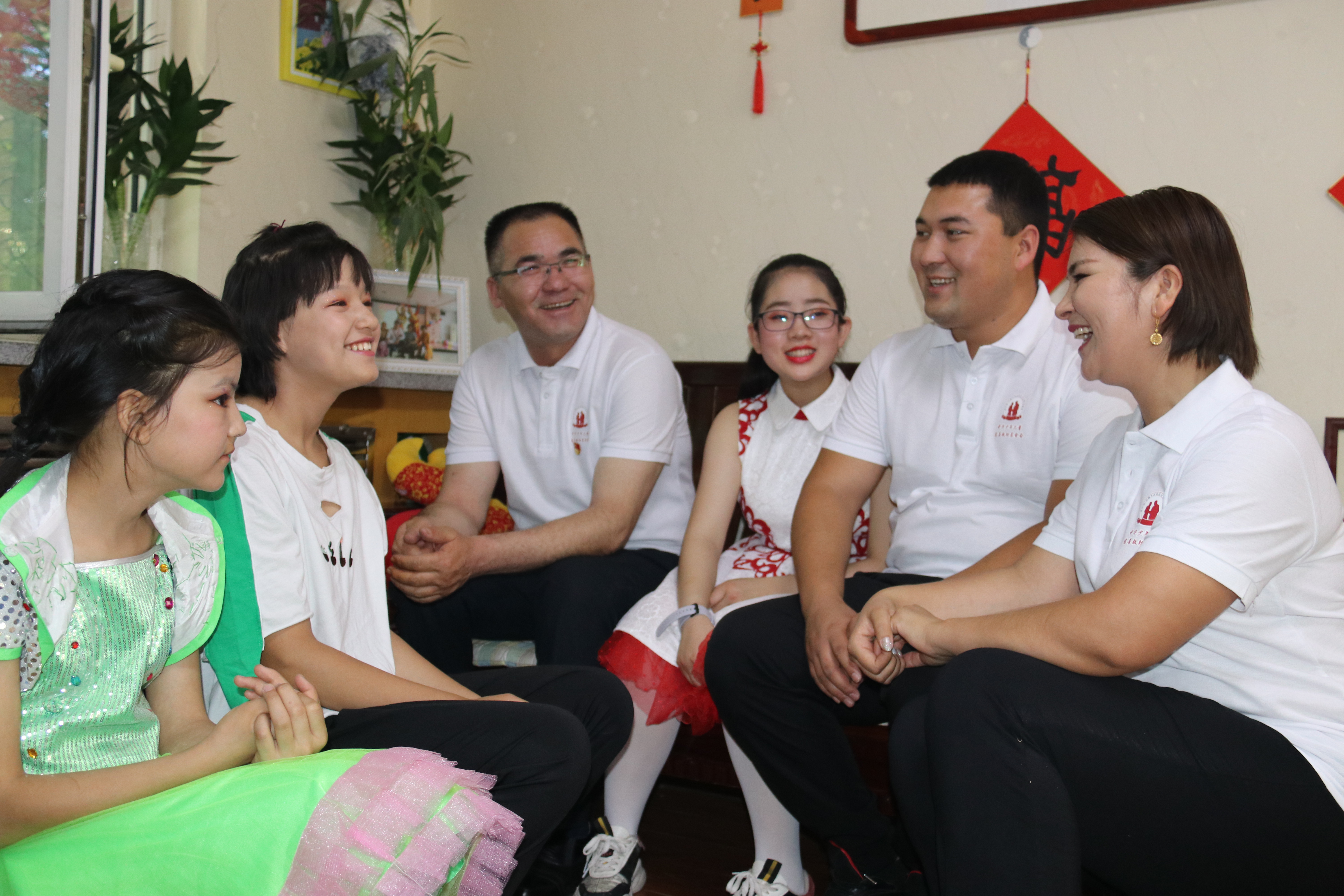 The bond of the Kurban family with Chinese leaders dates back more than six decades ago. Tulum was a poor farmer in Yutian. In order to express gratitude for the peaceful liberation of Xinjiang in 1949, Tulum wished to go to Beijing on a donkey to visit Chairman Mao Zedong in the 1950s. Mao would then meet with him in 1958 and 1959.

Now the picture of Mao shaking hands with Tulum and Xi’s letter have become the family treasures. They are hung as a focal point in the family’s living room. 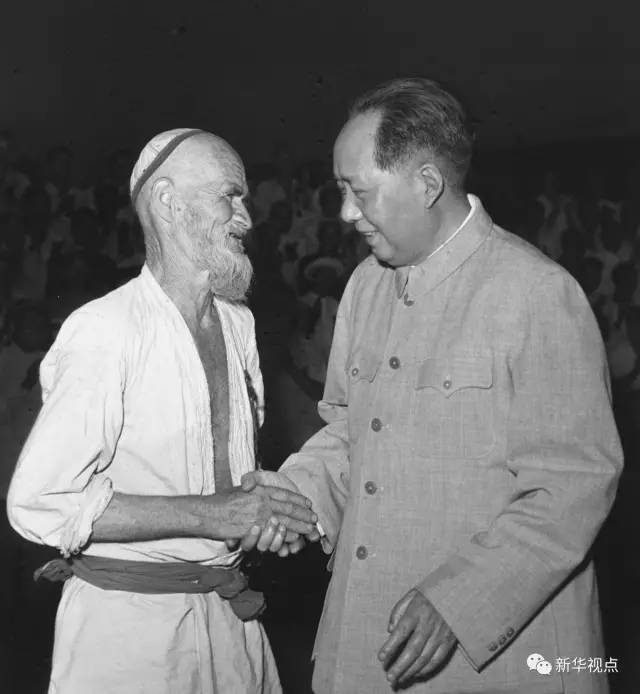 “Carrying forward the red tradition and sow the seeds of national solidarity in the north and south of Tianshan Mountain is our best way to show gratitude to the general secretary,” Tohtihan said.

Story behind the letter

As their livelihood improved, the Kurban family thrived as other families in Xinjiang, expanded to more than 100 members. Seeing that the big family lived harmoniously, Tohtihan had an idea to go to Beijing and visit Tian’anmen Square.

“Father taught us since childhood that we should never forget that it’s the Party who led us farmers to deliverance and to live a happy life,” she said.

But due to mobility difficulties, she gave up the trip. Instead, she asked her granddaughter to write to Xi, the general secretary of CPC Central Committee, with the hope to express their gratitude to the Party.

Half a month later, they received Xi’s reply. When the granddaughter read the letter to her, she wiped tears from her eyes several times. “The kindness of the Party is like the Tianshan snow lotus, visible and countless,” she said.

Maitisaidi Aisa, the second son of Tohtihan, who couldn’t speak Putonghua when her mother received the letter, can now speak it. “I want to learn more Putonghua, so as to learn more about the country and communicate with other ethnic groups,” he said. 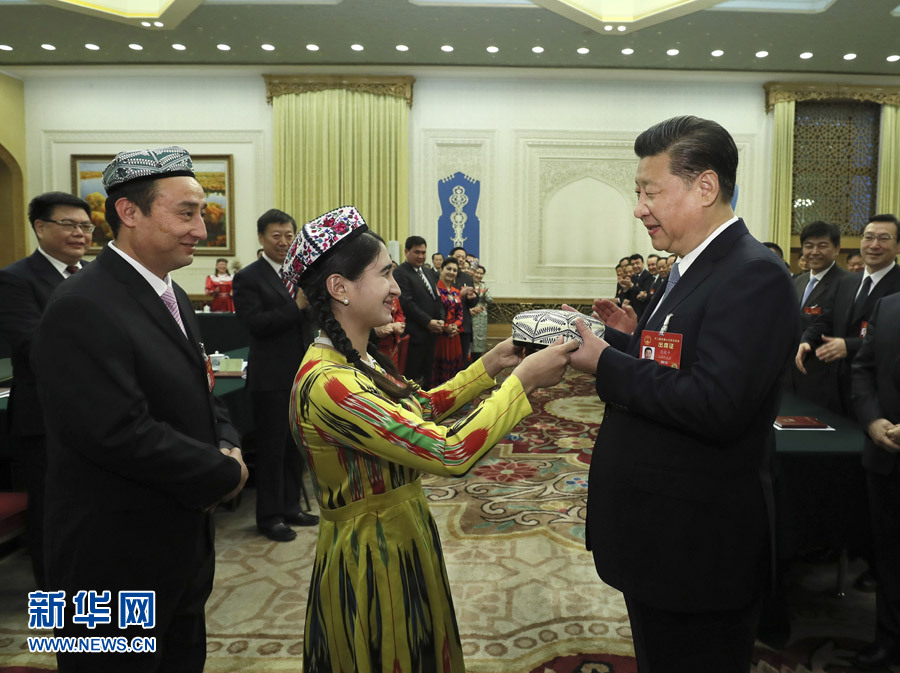 A delegate of National People's Congress from Xinjiang Uyghur Autonomous Region presents a hat to Chinese President Xi Jinping, to send the highest respect and best wishes from the people in Xinjiang to Xi, on March 10, 2019.

Due to poverty, he dropped out of school and started to attend the family’s blacksmith shop at the age of 10. His mother and eight children lived in an earth house of less than 40 square meters.

In addition, the local government has also assisted the poor families in building cowsheds and pigeon houses, provided them with breeding cows, meat pigeons and the skills to plant walnuts. The per capita income of the residents of Liangzhongchang Village, where Tohtihan lives, in 2018 increased 13 percent from that of 2017.

Yimingjiang Aisa, the youngest son of Tohtihan is a village head nearby. By leading the villagers to grow onions and raise chickens, the households earned more and the village is getting closer to getting rid of poverty.

In the letter, Xi said he hoped the family can help promote the unity between all ethnic groups “like seeds of a pomegranate” and join together to build a bright future for Xinjiang under the leadership of the CPC.

In March 2017, two months after receiving Xi’s letter, Tohtihan summoned a family meeting to discuss how to live up to Xi’s encouragement. Maitisaidi Aisa proposed to set up a family fund, dedicated to award those who have contributed to maintaining ethnic unity and social stability and those in need.

The proposal was supported by his mother and other family members. On that day, they raised a total of 47,000 yuan. Together with donations raised from the village over the next several days, the total fund reached 200,000 yuan. Later, with cooperation from the China Charities Aid Foundation for Children, the Kurban Fundation was set up, which has become a charity fund that offers help to those of all ethnic groups in need in and outside Xinjiang.

So far, more than 3,600 people nationwide have benefited from the foundation.

“In the future, I hope to take more kids to Beijing, and to Beidaihe to see the sea, letting the children in Xinjiang to feel the beauty and prosperity of the country,” Maitisaidi Aisa said. “Ethnic groups should unite as one family. Solidarity is the best way to show gratitude to the party!"