URUMQI, June 29 (Xinhua) -- With an average altitude of more than 4,000 meters above sea level, few plants can thrive in Taxkorgan Tajik Autonomous County on the Pamir Plateau. 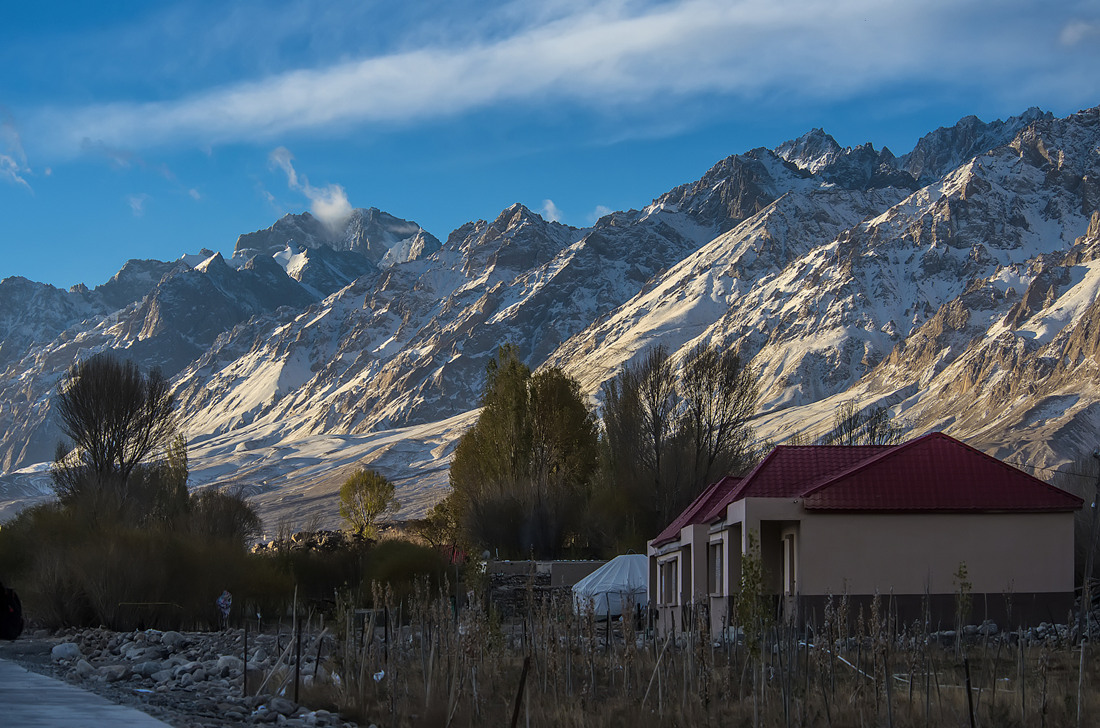 But for Dildar Yakup, the highest county in northwest China's Xinjiang Uygur Autonomous Region is an ideal place for new businesses to grow.

The 28-year-old ethnic Tajik is running a café and two restaurants in Taxkorgan. It is the only Tajik autonomous county in China, with about 81 percent of its roughly 41,000 residents belonging to the Tajik ethnic group.

His passion for entrepreneurship dates back to his college days.

Yakup, who grew up in south Xinjiang, attended high school in Shanghai in 2007 thanks to a program nurturing talented youngsters among the country's ethnic minority groups.

Yakup later studied tourism management in a local college, making his first business attempt in his sophomore year by working as an agent to help foreigners find jobs. After graduation, he started up a workshop with several friends to make ads on e-commerce platforms.

"Business opportunities abound in Shanghai, and it feels good to run your own business," Yakup said.

After staying in Shanghai for about nine years, Yakup went back to his hometown in late 2016, finding it to be also rich in opportunities and boasting a supportive business environment.

Taxkorgan in recent years has seen a growing number of visitors drawn by the county's snow-capped mountains, verdant grassland and Tajik festivities such as the eagle dance and polo. However, Yakup found that there were no restaurants dedicated to offering traditional Tajik food.

"Food is part of culture, and a stylish restaurant can also be a tourism destination," said Yakup, who quoted a well-known movie filmed in Taxkorgan to name the Tajik restaurant opened in late 2018.

The most popular dish in the restaurant is yak meat hot pot, which combines the inland's popular hot pot culture and Taxkorgan's yak industry.

Yakup then opened a café and became manager of a high-end Tajik-style restaurant, both of which are located near the county's popular sight-seeing spots. During peak tourism seasons, visitors have to make reservations beforehand, according to him.

More than 1.1 million trips were made to Taxkorgan in 2019, bringing in more than 1 billion yuan (about 141.3 million U.S. dollars) in tourism revenue. The remote county made it onto the top national tourist destination list in late 2019, and shook off poverty last year.

The burgeoning tourism market on the Pamir Plateau has not only drawn visitors, but also entrepreneurs like Yakup. His two major business partners Zhang E and Zha Juan, who used to work elsewhere in China, both decided to stay in Taxkorgan for career development.

Zha Juan, who has set up a tourism development company in Taxkorgan, is now participating in over 10 hotel-related projects in the county. She has made training local professionals a priority.

"They know all about local ethnic culture and traditions, which they can help retain and highlight, and this is key to sustainable tourism development," Zha said.

Yakup's businesses have created jobs for over 20 locals. Despite a fall in visitors due to the COVID-19 epidemic, he is still upbeat about business prospects.

"The impact will be short-term. After the epidemic ends, the pent-up tourism demand might generate surging trips to Taxkorgan," Yakup said.

In April, construction began on Taxkorgan Airport, expected to be the highest-altitude airport in Xinjiang. It will improve transportation and boost the county's tourism market once completed before June 2022.

"My hometown is changing for the better at a fast clip. I will be here for the long run," he said.