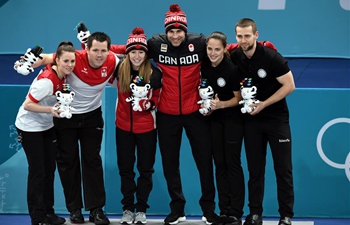 This is according to the high-level international conference "Tourism and Economic Growth" held here on Tuesday, during which keynote speakers called for deepening tourism cooperation between China and the European Union (EU).

"We recently launched the EU-China Tourism Year," Elzbieta Bienkowska, EU Commissioner for Internal Market, Industry, Entrepreneurship and SMEs, said at the conference, which was attended by delegations from more than 30 countries and regions.

"We want to encourage more Europeans and more Chinese to visit, discover, and appreciate each other's places, cultures and traditions," Bienkowska said.

She said she hoped for a sustainable rise of 10 percent of Chinese visitors in the EU: "This would mean at least one billion euros a year for the EU economy."

The EU would focus on attracting more Chinese travelers to lesser known destinations, and traveling outside the high season, Bienkowska added.

Chinese Ambassador to Bulgaria Zhang Haizhou said in turn that China-EU Tourism Year fully reflected the common aspiration of both sides to strengthen personnel exchanges and expand cooperation in tourism and related fields.

Bulgaria's Deputy Prime Minister Valeri Simeonov, who also addressed the conference, said that without a doubt, Europe should reconsider the severity of the visa procedures for non-EU tourists.

"We can not continue to ignore the growing competition on the global tourism market and the increasing purchasing power of middle and high class tourists from developing countries such as China and India," Simeonov said.

"Here we too often welcome them with aggravated visa procedures that discourage tourists and make travel expensive," Simeonov said.

HOW TO MAKE EUROPE MORE "ATTRACTIVE"

For her part, Bulgarian Minister of Tourism Nikolina Angelkova said that Europe should present itself as a single destination for Chinese tourists and create joint tourism products.

"That is how we intend to attract more Chinese tourists to Bulgaria, by uniting efforts with other EU Member States and with the Balkan countries," Angelkova said.

In addition, intensive efforts have been made to create a direct airline between Sofia and Beijing, Angelkova added.

According to data from her ministry, tourism has an important economic role, accounting for more than 13 percent of Bulgaria's gross domestic product (GDP) and about 10 percent of the EU's GDP, with the revenue from international tourism in the EU amounting to 341 billion euros (some 420 billion U.S. dollars) in 2016.