EU, ILO and MoHRSS partner up to promote universal social protection in China 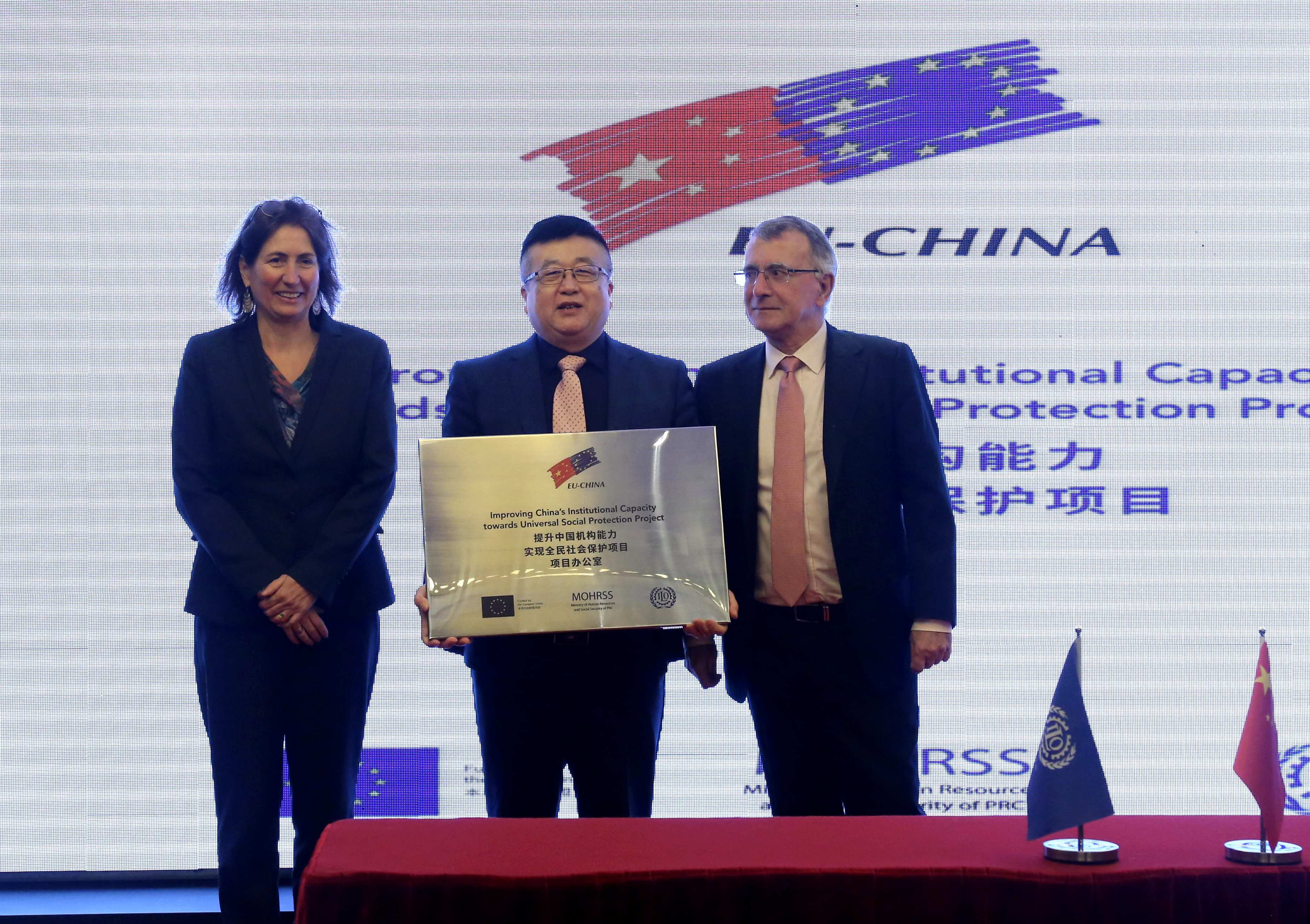 This three-year-project, of a value of up to 2.3 million euros ($2.56 million), aims to provide technical support to the MoHRSS to promote the effective application of international labor standards in China's pursuit of universal, adequate and sustainable social security coverage.

The project will promote exchanges of the best practices with European countries in that regard. It is funded by the European Union's Partnership Instrument, aimed at promoting policy cooperation between the EU and priority countries in areas of mutual interest.

Around 50 representatives from the MoHRSS and local Social Insurance Administration Bureau from 11 participating provinces attended the launch event presided over by the Director General of the International Department at the MoHRSS Hao Bin.

Welcome remarks were made by Vice Minister of MoHRSS You Jun, who said, "China has built the largest social security network in the world. But like other countries it is now confronted with challenges including the impact of aging in the long term balance of social security funds and the expansion of the digital economy. This project will strengthen international exchanges between the EU, China and ILO to resolve some of these challenges."

Nicolas Chapuis, ambassador of the European Union to China, told the audience, "Above all, social protection should be seen as a form of productive investment in our people. Human capital is a key driver for competitiveness, sustainable growth and economic resilience."

Claire Courteille-Mulder, director of the ILO office in Beijing, said, "The ongoing changes have a direct impact on the world of work. This year’s reflection on the future of work and the recently adopted Centenary Declaration have identified social protection as a key mechanism for governments, workers and employers to navigate these new transitions, while upholding the principles of social justice.”

Director-general-level counsel from the Social Insurance Administration at the MoHRSS Xu Yanjun highlighted the significance of this project to upgrade social security public governance systems. He indicated the themes of collaboration were highly relevant, especially considering the rapid advent of the platform economy, which China is leading internationally.

Representatives from the Social Security Administration from Jiangsu Province and Ningxia Autonomous Region expressed their commitment to collaborate in order to improve people’s sense of security in the face of rapid technological and demographic changes.

Second, it aims to contribute to the improvement of the adequacy and sustainability of old-age benefits. Support will continue to be given to the government of China to further align its social security measures with international social security standards and to consider the ratification of relevant standards such as the ILO Social Security (Minimum Standards) Convention, 1952 (No. 102).