Evaluation of the airworthiness of the Boeing 737 MAX 8 airplanes must be completed and their flight safety guaranteed before resuming operation, according to China's civil aviation regulator. 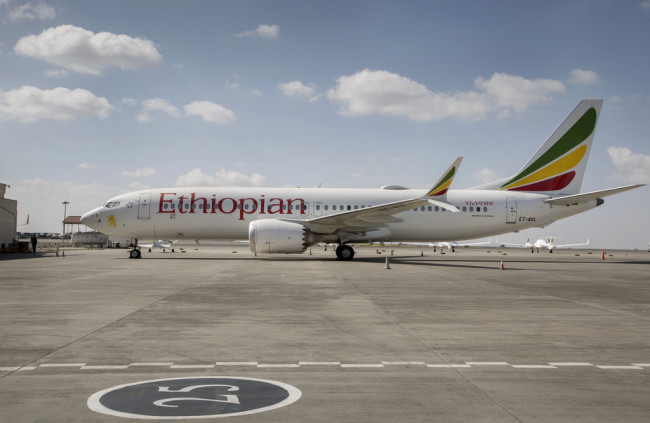 "When to resume the flying of Boeing 737 MAX 8 airplanes depends on the progress of solving the problems," said Xu Chaoqun, an official with the Civil Aviation Administration of China (CAAC).

"The airworthiness of the airplanes must be checked and approved again, the necessary refit for the airplane and pilot training should be effectively carried out, and safety issues revealed in the investigation results should be addressed so as to ensure 100 percent flight safety," said Xu.

Xu said the CAAC has established a special technical group and started reviewing the airworthiness approval of the planes.

According to Xu, Chinese experts have been invited by the U.S. Federal Aviation Administration to take part in a joint technical review group concerning the crash of an Ethiopian Airlines Boeing 737 MAX 8.

The CAAC ordered domestic airlines to suspend commercial operations of all Boeing 737-8 airplanes after the Ethiopian Airlines airplane bound for Nairobi of Kenya crashed minutes after take-off last month, killing all 157 people on board.

It was the second deadly crash of a Boeing 737 MAX 8 model in less than five months. The first occurred in October last year when a plane of this model operated by Indonesia's Lion Air plunged into the waters off western Indonesia minutes after taking off, killing 189 people.