CHINA Even under water, the Great Wall gets a makeover

Even under water, the Great Wall gets a makeover 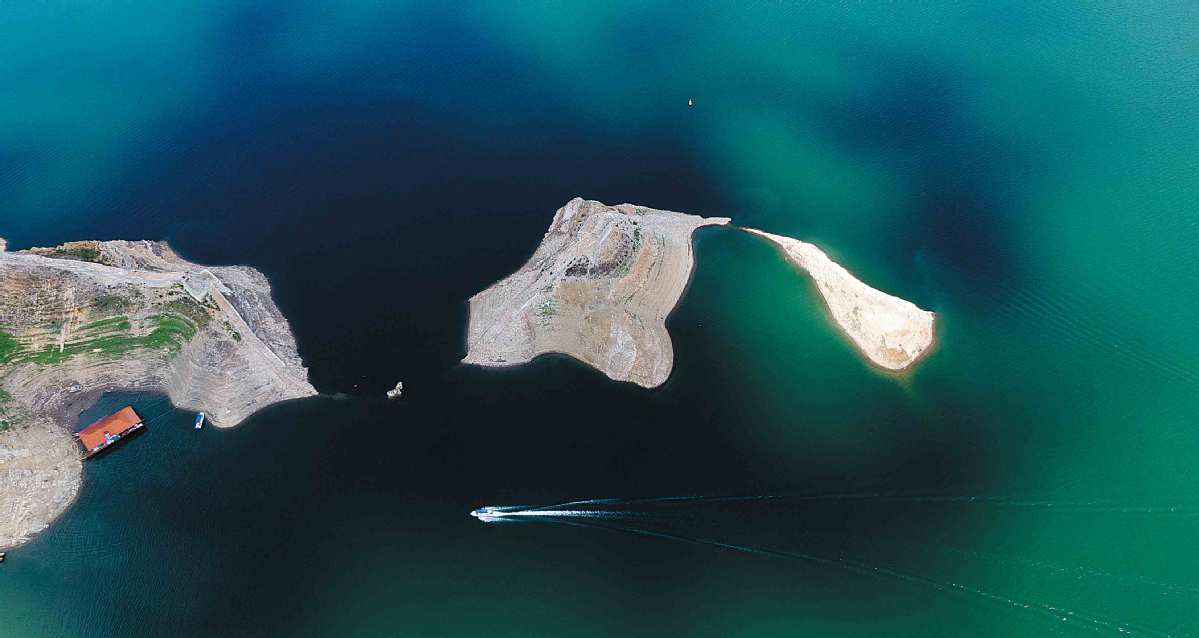 An aerial view of the construction site in the middle of the Panjiakou Reservoir in Hebei province, on June 18. ZHAO JIE/FOR CHINA DAILY

In June, he and a team of workers began repairing a section of the dilapidated wall, which had been exposed by falling water levels. They carried out hasty repairs and tried to finish their work before the rainy season.

Zhang Yong, a senior engineer at the institute, is responsible for the project. Funded by the China Foundation for Cultural Heritage Conservation, repair work started in September 2016 and encompasses three watchtowers and two stretches of the Panjiakou section of the Great Wall, a total length of 1,005 meters. The project will be completed this year.