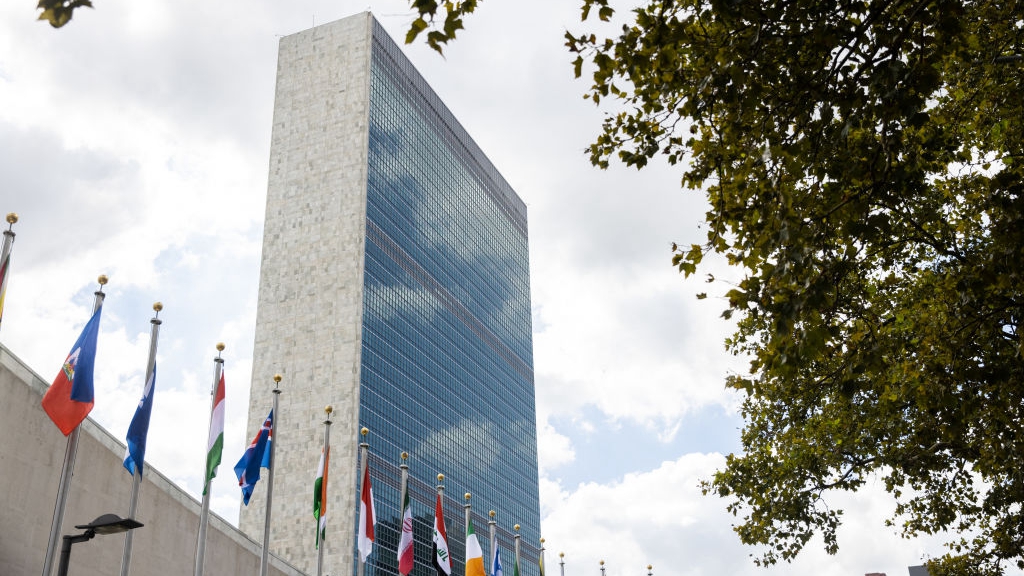 On October 26, the Spokesperson of the Permanent Mission of China to the United Nations expresses firm opposition to a side event on the so-called human rights situations in Xinjiang organized by the United States, the United Kingdom and a few western countries. The Spokesperson points out that the side event is full of lies and disinformation, further exposing their political attempt to use Xinjiang to contain China. Such an event is widely resisted by the overwhelming majority of Member States and is a self-staged political farce.

The Spokesperson points out that the side event is a desperate struggle of the U.S. and a few western countries after their lies about Xinjiang exposed. The U.S. fabricated lies of "genocide" in Xinjiang, which finds no support at all and only shamed itself. They tabled a draft decision on Xinjiang to the Human Rights Council in Geneva with attempt to put Xinjiang-related issues on the agenda, but failed in the vote. The Human Rights Council explicitly rejected their political maneuver and refused to endorse the so-called "assessment" on Xinjiang released by the OHCHR under Western countries' coercive diplomacy. Not willing to accept failure in Geneva, they turned to New York to continue to hype up the issue of Xinjiang, and invited a few anti-China "experts" and "witnesses" to perform such a farce. No matter how the U.S. and a few Western countries glamorize the side event, it is a political farce contrary to the fact and truth and has been rejected by the majority.

The Spokesperson stresses that the side event serves the political interest of the U.S. to suppress others and maintain its hegemony. The U.S. fears the rise of developing countries, and regards China's development as a challenge and threat to its hegemony. So the U.S. and a few Western countries are trying to use Xinjiang to create mess in and contain China. The U.S. turned a blind eye and a deaf ear to the terrorist attacks on Xinjiang. Now when Xinjiang enjoys stability and prosperity, the U.S. began to make political farce and maliciously attack and smear China. It is clear to all that the U.S. cares nothing about human rights in Xinjiang but its own hegemony. The U.S.'s attempt to undermining China's development is against the trend of the times and doomed to fail. Human society has entered the 21st century, the days when Western countries intimidated and bullied developing countries are long gone.

The Spokesperson says that the side event has exposed poor credibility of the U.S. and a few Western countries on human rights issues. They have incited several anti-China joint statements in the Human Rights Council and the Third Committee of the General Assembly. Their core group mainly consists of those former colonial countries who have committed numerous crimes such as slave trade, colonial plunder and massacre of indigenous people. In particular, the U.S., Canada and a few countries are still using all means to pressure and threaten other Member States to cosponsor the joint statement. Fortunately, the vast majority of Member States have long seen through the anti-China nature and political motivation of such a joint statement. Their political manipulation will never succeed.

The Spokesperson says that what the U.S., Canada and a few Western countries should do is to reflect on, apologize and compensate for their historical crimes, to stop violating human rights of migrants and refugees, discriminating against ethnic minorities, killing of civilians in their overseas military operations, and to stop gun violence and other grave human rights violations, and hold those accountable. We call upon the U.S. and a few Western countries to stop provoking confrontation, abandoning double standards and pursuing dialogue and cooperation on human rights on the basis of equality and mutual respect.