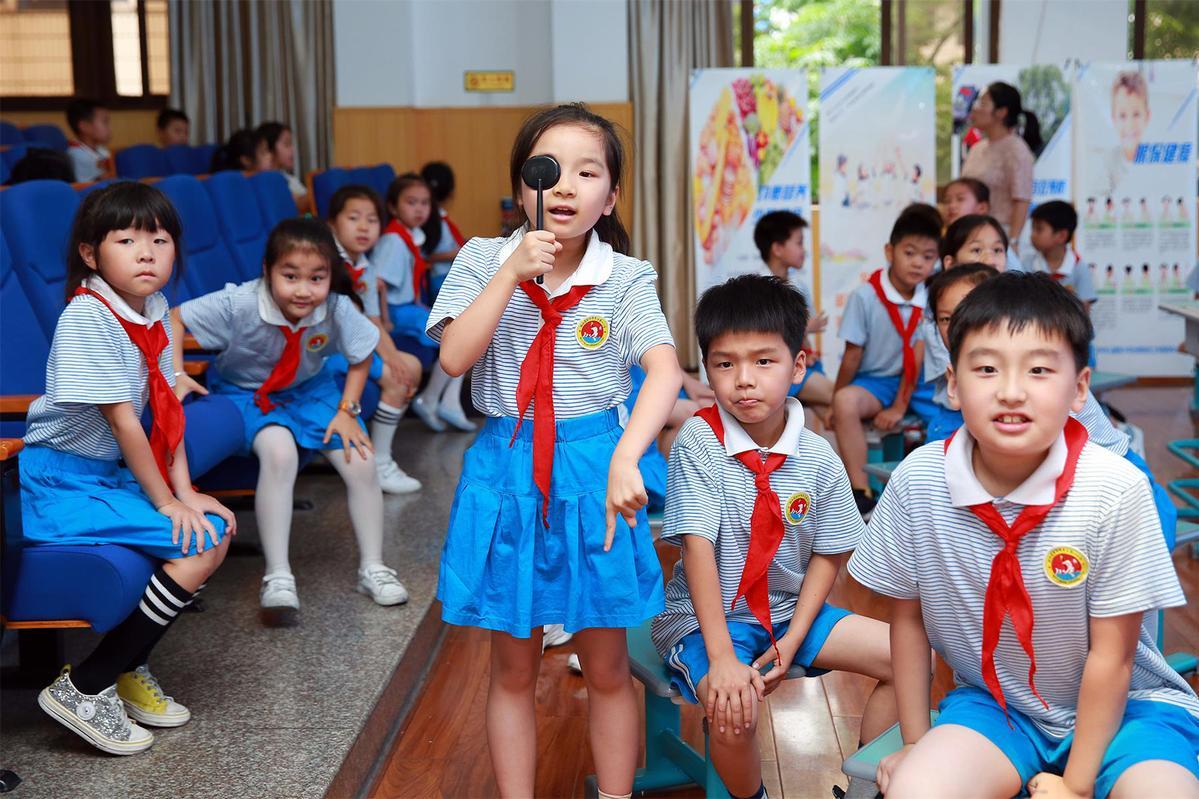 In September, Yuan Sihui, a fifth-grade primary school student in Yunnan province, discovered she could no longer see words on the classroom blackboard clearly.

She did not know how badly her sight had been affected until a recent checkup found that she had 300 degrees of myopia－a medium level－in both eyes.

However, rather than becoming depressed about her sight, Yuan, the top performer in her class, was delighted when she was handed a pair of glasses soon after a thorough eye examination.

She said she was excited to learn that her eyes were going to be examined, as she had been unable to find a sufficiently qualified professional with whom to discuss the problems with her vision.

"I once told my mother I was finding it hard to read with the dim bedside light," said the 11-year-old, who attends Shuanglong Primary School in Shidian county, Baoshan city, and spends two hours reading before going to sleep every night.

She dreams of going abroad for university studies and returning to Shidian to help local children with better healthcare and diets, and to cope with natural disasters.

Yuan was one of some 4,000 primary and middle school students from the county who were found to have potential eyesight problems.

In the middle of last month, half of the students attended a weeklong charity event that included eye health and optometry checkups. The examinations resulted in some 1,500 students receiving free glasses.

The event was launched by the Shanghai Essilor Vision Foundation and Education in Sight, an NGO in Yunnan.

Lim Kok Leong, president of Essilor Greater China's vision care division and an Essilor Vision Foundation Employees council member, said employees, including optometrists, from Essilor and other optical enterprises as well as ophthalmologists traveled to Shidian for the event. The county lies on the Yunnan-Guizhou Plateau.

"The eye health of rural children is not as good as many would imagine," Lim said.

Experts said there could be many reasons for this, including strong sunlight, ultraviolet rays, insufficient indoor lighting, and a lack of eye health education.

"The time that children in rural and mountainous areas spend on their mobile phones is no less than their counterparts in cities. However, the difference is that many rural children's vision problems cannot be detected and diagnosed in time due to insufficient eye screening and diagnosis as well as a lack of access to eyeglasses," Lim said.

The Essilor foundation said it planned to include all 4,000 students in the checkups over a two-week period, but the event had to be suspended due to an earthquake. It said that the team would visit Shidian again this year to complete eye checkups for the remaining students.