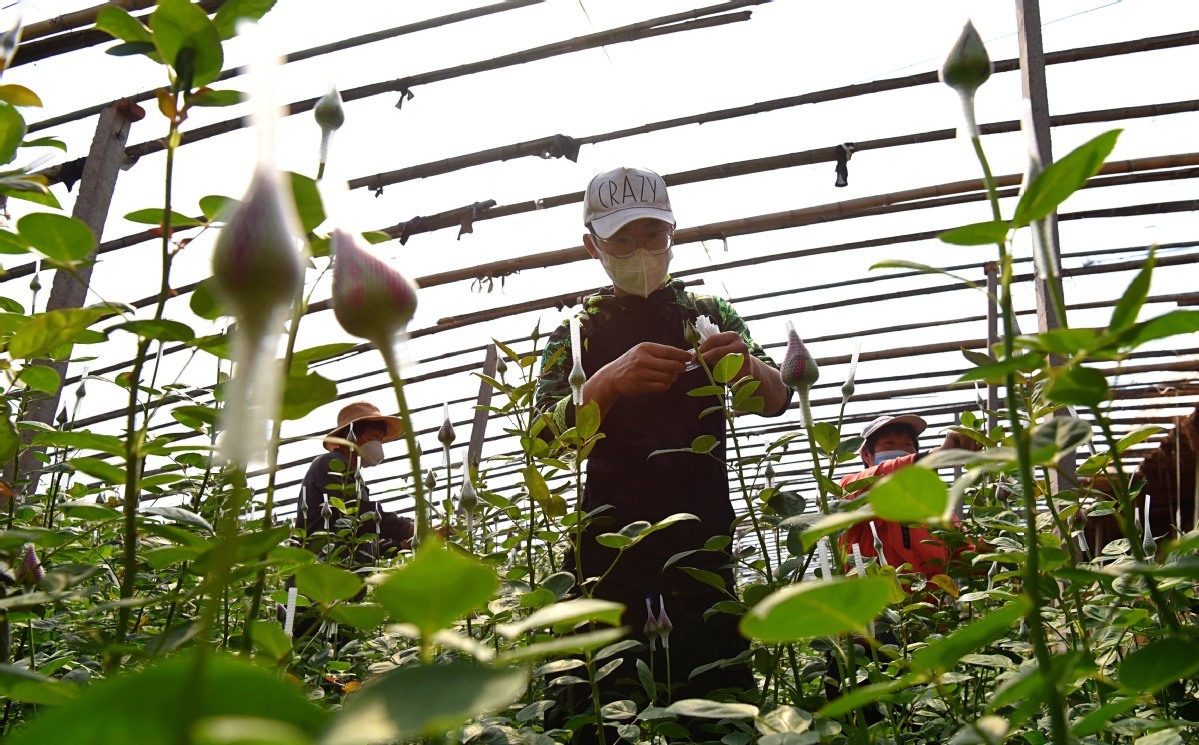 Dong Yuan (front) and his employees put covers on rose buds in one of his greenhouses at Luchun village in Zibo, Shandong province, on April 28. (Photo: China Daily)

Dong Yuan, 29, from Luchun village in Zibo, Shandong province, has sacrificed a great deal to become a successful rose grower. In 2016, the college graduate returned to his hometown to start his flower business.

He used the money he had set aside to buy an apartment to launch his business. Dong kept his costs down by living in a greenhouse as he studied flower growing and the prevention and control of plant diseases and pests.

Dong has been generous about his success and shares his marketing channels with fellow villagers to help them out of poverty.