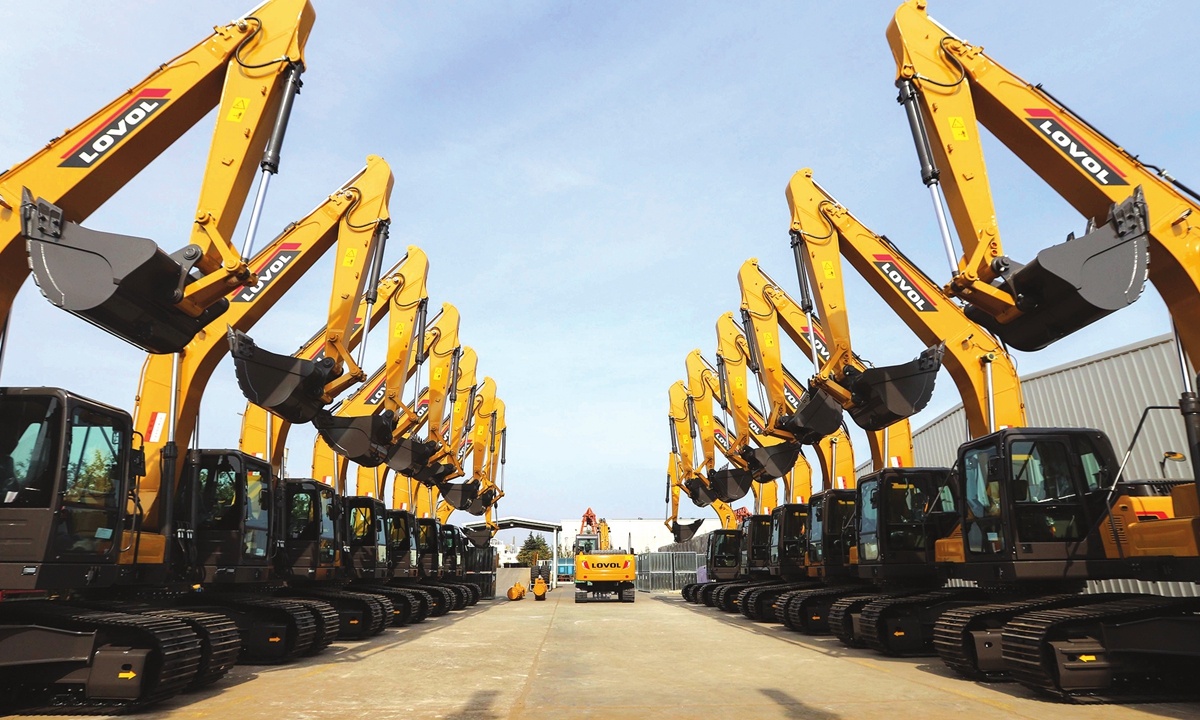 The prices of excavators, which has been viewed a barometer of China's economic activities, have been rising significantly, raising concern about potential impact on construction projects, a major growth driver for the Chinese economy.

However, the price hikes are due to rising raw material costs and impacts would be temporary and limited, industry practitioners said on Thursday.

Sany Group, an equipment maker and supplier, said in a letter on Wednesday that it would hike the prices of small excavators by 10 percent and the prices of mid-sized models by 5 percent.

The increases are in line with those announced by competitors in June.

While bulk commodity prices have been largely eased with government efforts, some impact is still being felt by the machinery industry, leading to the price hikes by several industry leaders.

Several industry leading groups on Thursday told the Global Times that they had raised prices due to high raw material costs, but the impact would be very limited.

China's steel prices have experienced high volatility since May 1. The price of steel rose by more than 1,600 yuan ($250) per ton in a span of two weeks, before the government's response that cut the price in half.

Another source at Sany Group told the Global Times that as an industry leader, the recent hikes were aimed at leading the industry on a sound development path.

Sany Group has a huge product range, and while some prices have been adjusted, the overall price level is expected to be stable, the person said.

"The rise of excavator prices is a combination of many factors. Commodity prices play a part, since excavators do not involve many high-tech parts, and their cost is roughly equivalent to the price of steel," Gao Liankui, a professor and a member of the academic committee at the EU Business School, told the Global Times on Thursday.