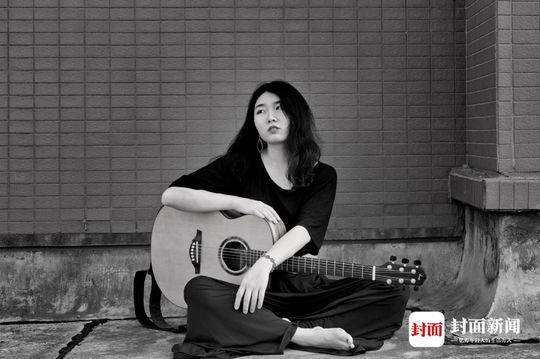 A Chinese student on exchange in Europe took her love of music to heart: she sang Peking Opera in eight languages on some of the most inspired streets in the world, according to Sina News.

Du Yalan is a girl who loves to sing. Upon graduating from her university in Spain, Du registered as a street performer. She did it for a simple reason: “I just want to be part of the scene that people on the street could see,” she said.

Three years ago, Du began teaching Chinese in Spain. While she stayed in Spain, she likes to play guitar, ocarina and ukulele in her spare time, or just hanging out at the beach.

Like Chengdu in China’s Sichuan Province, Spain had a lot of street performers. Watching artists perform planted a seed early in her life, Du found, that of the love of creativity and music.

When a street culture festival came to the Spanish town where she worked in May 2016, Du felt she had the obligation to promote Chinese culture. The opera singer dressed in a traditional white and blue cheongsam dress and sang “Susan Leaves Hongtong County” and “Mu Guiying takes command.”

Du also sang "Blue and White Porcelain" at a party for tourists during the Chinese New Year.

“At that time, I also wore Hanfu. I was very happy to be able to sing to help familiarize foreigners with the Chinese culture,” she said.

Although Du spent a short time in Spain, she met a lot of people along the way. This experience is bound to bring change to her life, she admits. "Life is a matter of a few decades,” she says. “We should live it pursuing what we want."