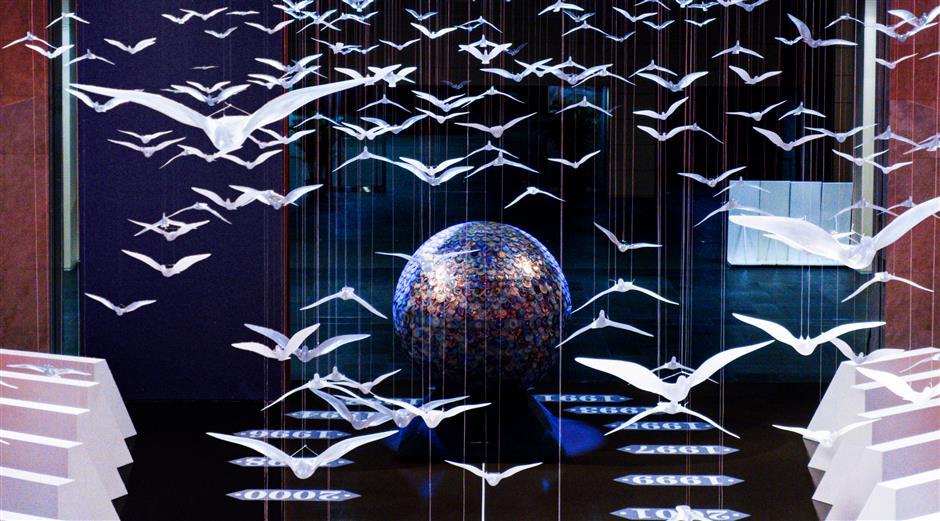 A sculpture in the shape of a giant globe formed by 1,990 enamelled plates, with 365 3D-printed seagulls flying overhead. 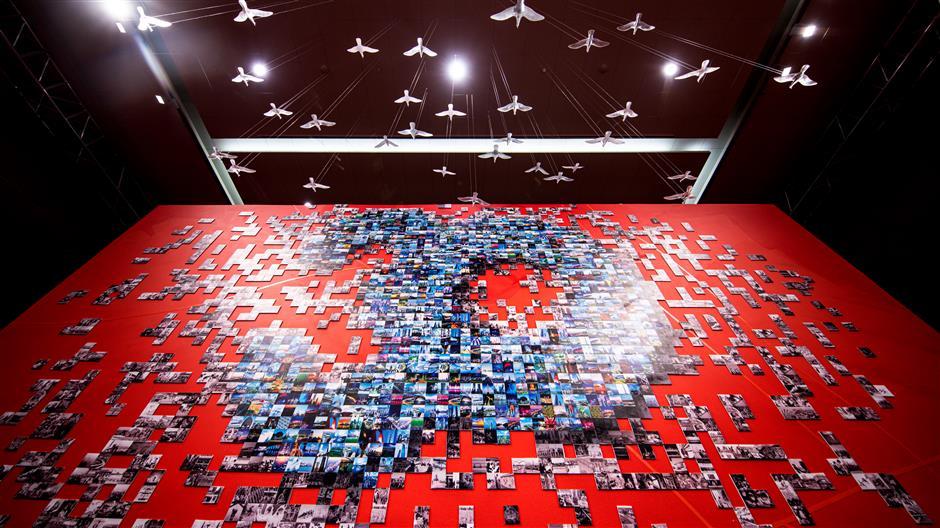 A wall with more than 1,200 photos taken by Pudong residents.

An exhibition chronicling 30 years of changes in Pudong will kick off on Friday at the China Art Museum, the former Shanghai Expo site.

In the 5,000-square-meter exhibition area, “Wind from the East” features paintings, photos, videos, sculptures and installations illustrating the seismic changes in Pudong since 1990.

“We can see the dramatic changes through works of artists and photos from residents," said Huang Wei, director of the Pudong Culture, Tourism and Sports Bureau. "We combine technology and art to showcase 30 years of memories and invite people to celebrate Pudong's birthday together."

The exhibition's entrance is adorned by an impressive sculpture in the shape of a giant globe formed by 1,990 enameled plates, with 365 3D-printed seagulls flying above and photos with a bird's-eye view of Lujiazui's development.

A wall with 1,210 photos shot by Pudong residents is on display along with a 30-meter-long oil painting of the Huangpu River's east bank, once mostly paddy fields but now on par with the Bund on the opposite bank that jointly form the city's iconic skyline.

A multimedia installation in the middle of the exhibition hall features videos taken by drones and photos from Pudong’s period of transformation.

More than 40 old televisions are placed together to form a modern installation with important news clips of Pudong's development.

Life in old Pudong is also displayed. A typical Pudong family’s home from 1990 was recreated, decorated by old furniture and items collected from locals. Through interactive imaging technology, a woman wearing a traditional qipao dress on a digital screen invites people to enjoy Pudong’s traditional cuisine.

The free exhibition runs until November 30 and is open to the public from 10am to 6pm, Tuesdays through Sundays. Groups are required to make reservations one day in advance by calling 021-20252018. 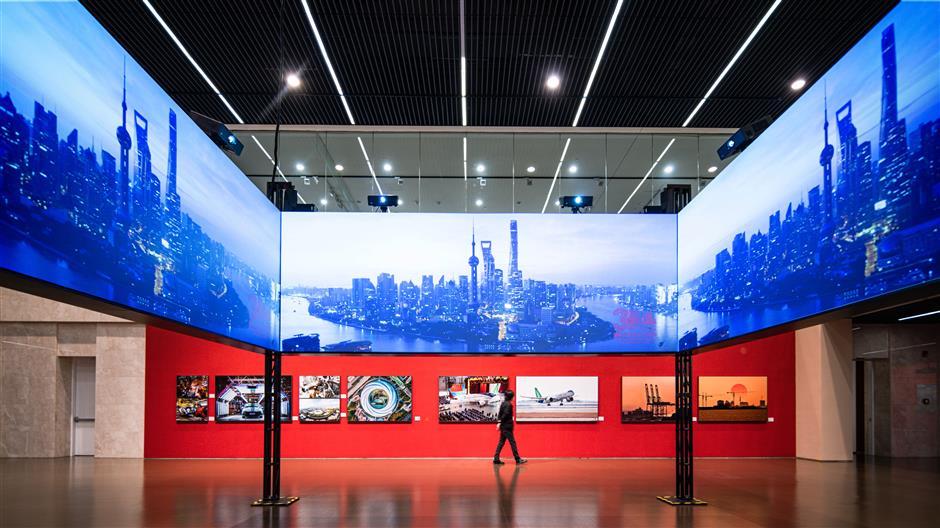 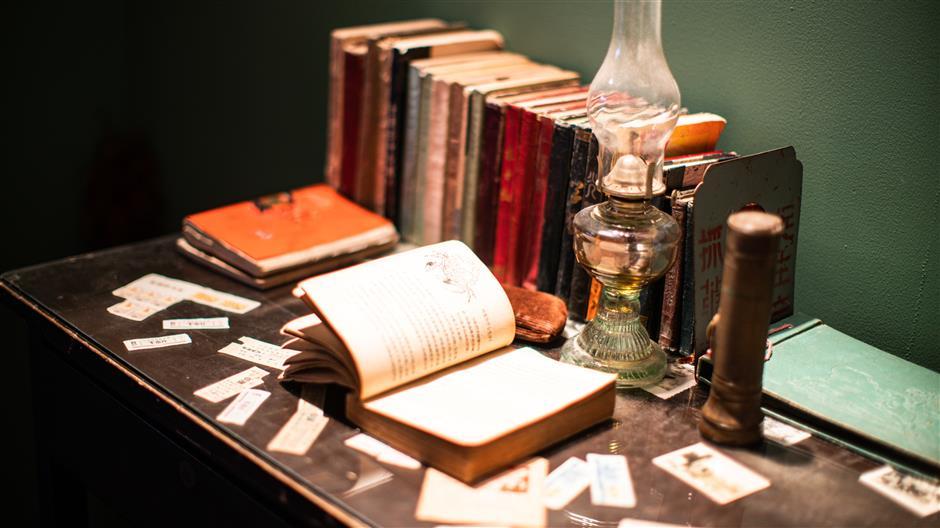 Relics from Pudong are also displayed.