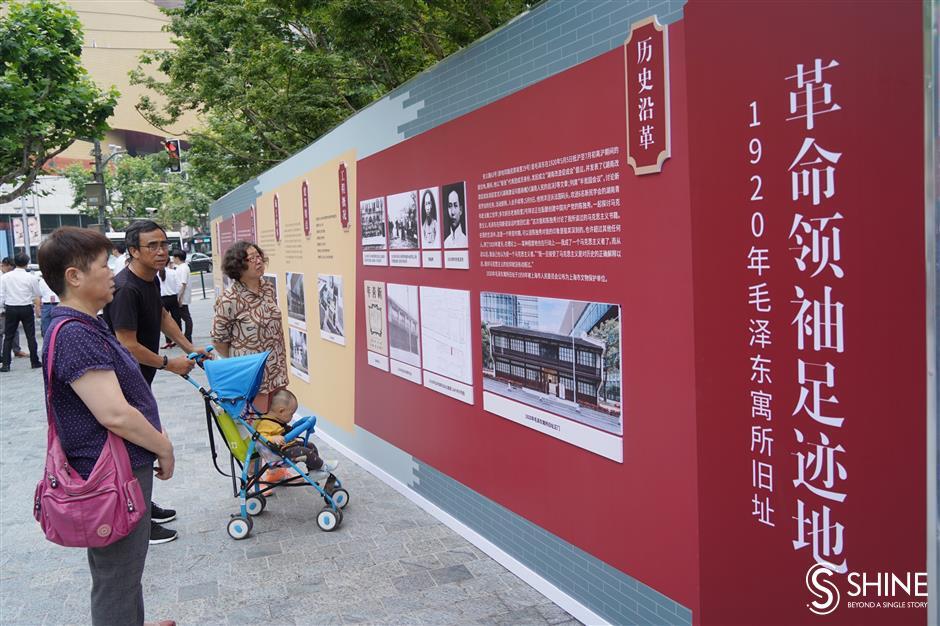 Visitors to the exhibition. (Photo: SHINE)

The exhibition tells the history and renovation work of nine "red" sites, including the former Shanghai home of Mao Zedong on Maoming Road, and memorial of the Second National Congress of the Communist Party of China.

As well as texts and photos, visitors can also scan QR codes to have immersive virtual tours.

Workers from Shanghai Jing'an Properties Co have created a stone gate the same size and style as an historical one at the second national congress museum.

Wu Gongbao from the company, also a veteran renovator of old buildings, said: "We hope more people can see what the museum looked like about a century ago."

The exhibition will run to July 12.