TAIYUAN, Oct. 6 (Xinhua) -- Around 3,000 antiques from Chinese families are being displayed at the Taiyuan Art Museum in Shanxi Province to show China's changes over the past 40 years. 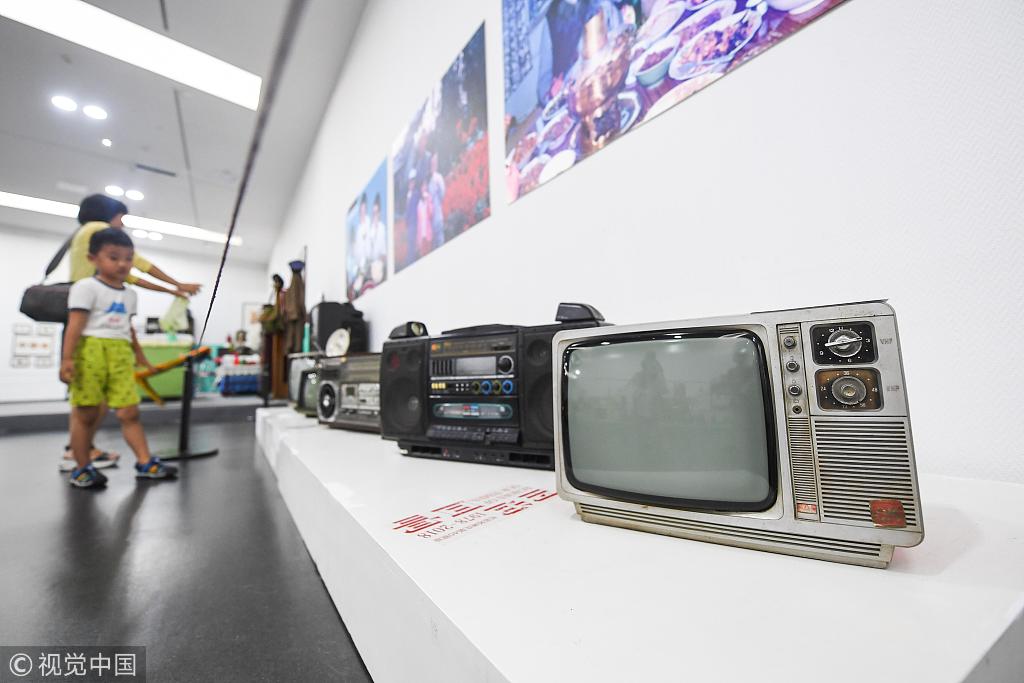 An old bike stands out at the exhibition hall. It was the first bike of Wu Erbao's family.

In a period between the 1950s and early 1990s, ration coupons were needed for many necessities and household items in China as the country had a shortage of food and materials.

Wu bought this bike for 157 yuan (around 23 U.S. dollars) in 1967 when he finally attained a coupon. The plumber who only earned more than 20 yuan a year had to borrow money from his parents and colleagues.

When he rode the bike home, his neighbors were surprised and envious.

Following the reform and opening-up in the late 1970s, the market economy has gradually replaced the planned economy, phasing out the ration coupons in the early 1990s.

Wu owns a private car and can now afford to buy bikes for his daughters. "We have better cars and a better life, but every time I see this old bike, it reminds me of where I started," Wu said.

A blue-grey business suit has also attracted public attention. In 1979, Cai Peiyi purchased this custom-made business suit before he left China for overseas study in the United States.

"I took the suit with me wherever I went, such as New York, Canberra and London," Cai said.

The exhibition is the brainchild of Huang Haibo, 48.

When she was a visiting scholar in the U.S., she told locals that televisions and private cars started entering ordinary Chinese homes in the 1980s.

"Americans usually asked me what China was like at that time," Huang recalled. "I hope to show the changes through the antiques owned by the Chinese families."

The two-month exhibition will conclude on October 11.