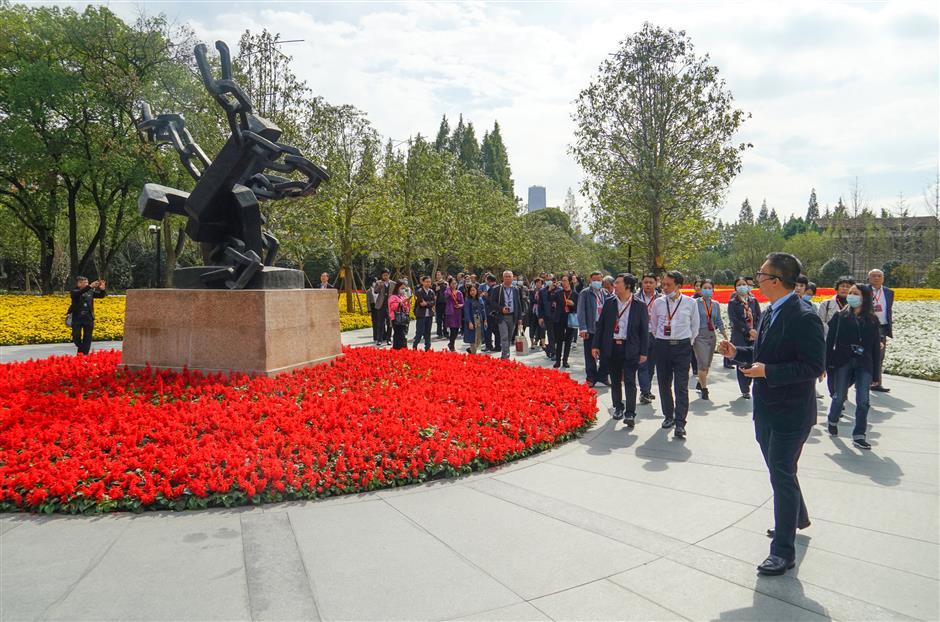 The Longhua Martyr Memorial Site opened to the public on Monday after an upgrade and expansion.

The site, a key part of Longhua Martyr Cemetery in Xuhui District, comprises the prison, gatehouse and guardroom of the former Songhu Garrison Command, and the Execution Ground of martyrs.

Between 1927 and 1937, a large number of members of the Communist Party of China were openly or secretly killed by Kuomintang reactionaries at the site.

The Execution Ground was formerly outside the memorial site, calling for an expansion which was initiated by Shanghai Party Secretary Li Qiang during a visit to the cemetery in June last year.

The project aimed to connect the memorial site with the execution ground, and so a boulevard, a pavilion and two squares were built.

The project was completed last month. The stories of martyrs are told, allowing visitors to follow their footprints and experience the city's revolutionary past.

The memorial site was unveiled as a "red culture promotion venue" of China on Monday.

A seminar was held at the Longhua Martyr Memorial on Monday, gathering staff from more than 40 red culture venues nationwide and experts to discuss and exchange views on topics such as the protection and use of revolutionary cultural relics.

Attendees laid flowers at the memorial site, paying tribute to the martyrs.

The event is of great significance in promoting red culture and the spirit of martyrs, its organizer said.