CHINA Expectations run high on Xi's visit to the Philippines

Expectations run high on Xi's visit to the Philippines 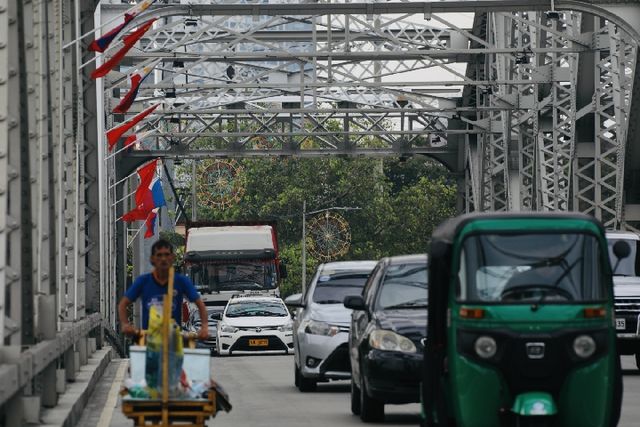 The Philippine and Chinese national flags are hung along the street of Manila, the capital city of the Philippines. (Photo: Xinhua)

In his article titled "Open Up a New Future Together for China-Philippine Relations," Xi called on the two countries to elevate all-round cooperation under new circumstances and design an overall plan for greater progress in their relationship towards a higher level.

The Chinese president will arrive in Manila on Tuesday, the last leg of his Asia-Pacific tour that has already taken him to Papua New Guinea and Brunei. Xi also attended the 26th APEC Economic Leaders' Meeting in Papua New Guinea.

"The relations now between China and the Philippines in the economic and financial fields are really warm. It's something we are looking forward to. Many infrastructure projects are being implemented and I believe there will be more cooperation in the future," Beltran said.

Beltran said his country appreciates Xi's pledge that China welcomes the Philippines and other countries aboard the express train of its development.

"We are looking forward to having better relations and cooperation with China," Beltran added.

Philippine Budget and Management Secretary Benjamin Diokno said Xi's visit is important because it will not only strengthen diplomatic relations and economic links between the two countries, but also add momentum to the Philippine government's development program.

Jhevarlynne Otao, a 39-year-old banana worker from the southern Philippine island of Mindanao, was excited as Xi said in his article that more and more Philippine fruits are going to the dining table in Chinese households.

"I am very happy to hear this good news. Many Filipinos will benefit if China will import more fruits, especially bananas," she told Xinhua.

"My family, for instance, will benefit because I will have a steady farm work and income that I can use to raise my three children," she added.

Princess Jacel Kiram, daughter of Jamalul Kiram III and a descendant of Sultan of Sulu Paduka Batara, expressed her gratitude to the Chinese president for keeping the memory of the Sultan's historical journey to China.

In his article, Xi cited the "goodwill visit" of Sultan Batara over 600 years ago.

Wilson Lee Flores, a columnist of Philippine Star newspaper, said Xi's article is very comprehensive and detailed the ties that started more than 600 years ago.

"I was very impressed that in his article, he not only mentioned government-to-government relations but also discussed people-to-people relations that cemented the blood, family ties," Flores said.

The article reminded "every one of us that China and the Philippines are ancient friends; that their relationship started even before the Westerners discovered the country," he said.

Xi's article "concretely shows good will and builds confidence on both sides," Flores said, adding that the warm relations will usher in peace.

The Chinese immigrants and the Filipinos continue "to live in harmony, intermarried and blended with the Philippine culture," Chua said.

"We believe President Xi's visit to the Philippines will further enhance the relations; and I also believe that the two peoples will have a better future together," Chua added.